Overdose at the Knitting Factory 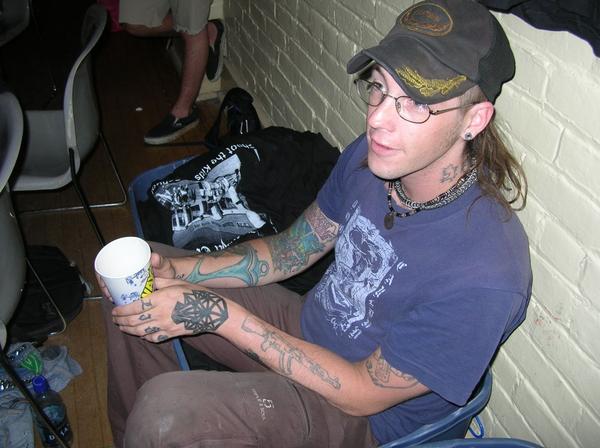 Over the weekend we pointed to a death at the Knitting Factory that the cops were deeming "suspicious." Yesterday it was announced that the man was Nicholas Phillips, an East Village resident. The Post reports:

An East Village man who died of an apparent drug overdose at a Manhattan rock club has been identified, sources said yesterday.

Nicholas Phillips, of East Ninth Street, was found unconscious in the bathroom of the Knitting Factory on Leonard Street at around 2:40 a.m. Sunday.

Phillips, who worked as a stagehand for one of the bands performing at the club, could not be revived and was pronounced dead about a half an hour later.

Sources said he had a small puncture wound in his right forearm.

points out that his MySpace page stated, "Seriously if I don't Know you leave me alone. I'm not much of a people person," and the 28-year-old apparently overdosed while at a show that night. In 2001 the NY Times had an article on the rise of overdoses and drug use in clubs and venues and law enforcement and government agencies targeting the clubs themselves. The article stated "fans of the music, nightclub owners and some civil rights lawyers say singling out clubs based on the music they play raises First Amendment concerns." Not to mention it would be very difficult for each concert and club-goer to be thoroughly searched prior to entering the establishments around town.