The Upper West Side building that made "poor doors" a policy issue has been flooded with low-income New Yorkers trying to get inside. The developer claims that over 88,000 applications for the 55 affordable housing rental units have been received so far.

Gary Barnett, president of 1 Riverside Park (the rich door side with pool, gym, bowling alley, indoor playground, "Yoga, Pilates, Personal Training and Kinesis Rooms," golf simulator, etc.), told the NY Times, "I guess people like it. It shows that there’s a tremendous demand for high-quality affordable housing in beautiful neighborhoods." The Times adds, "Mr. Barnett said 88,200 applications had been received by early Monday. Officials with the NYC Housing Partnership, the nonprofit that will screen applicants for the developer, said that applications could reach 90,000 by the time the submission period ends at 11:59 p.m. Monday. The total will not be known until mailed applications, which must be postmarked by Monday, are counted." 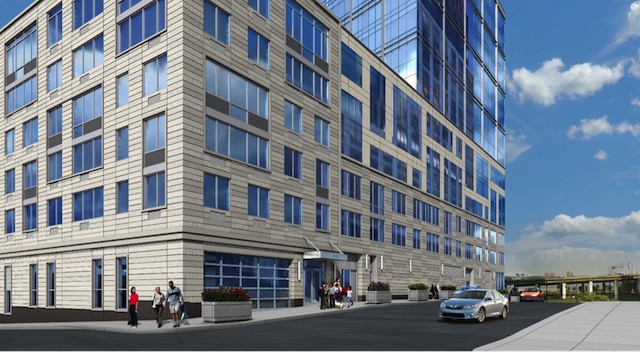 As Chris Robbins explained last year, "The new residents of One Riverside Park [will] enjoy their 'rock climbing wall' and $25 million views. At the adjacent [470 West 62nd Street], Normal Humans can reside in relative comfort for $833/month in a studio, $895/in a one bedrooom, and $1,082 for a two-bedroom. The catch is that you have to earn between $30,240 and $50,340, and submit to a litany of credit and background checks and the kind of crippling uncertainty that rich people aren't usually acquainted with."

Barnett insisted, "The most important thing is to provide affordable housing. It’s what people really want." 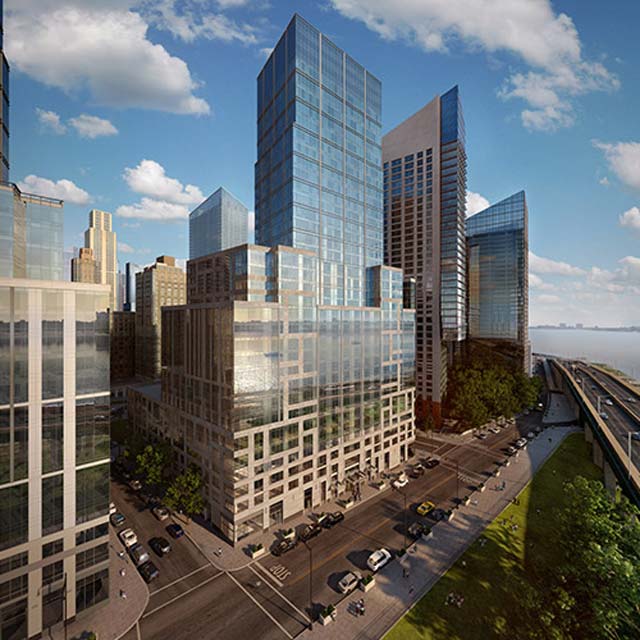 Mayoral spokesman Wiley Norvell said, "We oppose so-called poor doors and will change the necessary rules so that when affordable housing is provided on-site, we will not allow separate entrances based on income."