If you spent this morning's post-blizzard subway commute crammed between an AM New York and an insufferably puffy jacket that smelled vaguely of a campfire, this new rendering of the MTA's open-gangway subway car prototypes might offer some hope.

Not too much hope, though: the MTA’s 2015-2019 capital plan only calls for purchasing ten of the open-gangway cars [PDF], and 940 with the usual design.

As Second Avenue Sagas notes, the MTA could potentially retrofit the others with the open plan, which increases capacity on the train by 8 to 10%, or amend the order to include more of them—those options might come up during the MTA’s Capital Program Oversight Committee meeting today.

Other cities utilize open gangways, like Berlin, Hong Kong, and Montreal, but the blog’s MTA sources say “there is a mix of agency fears at doing something viewed by New Yorkers as ‘different’ even if it exists elsewhere and some manageable engineering concerns about these types of cars’ ability to handle tight curves.” 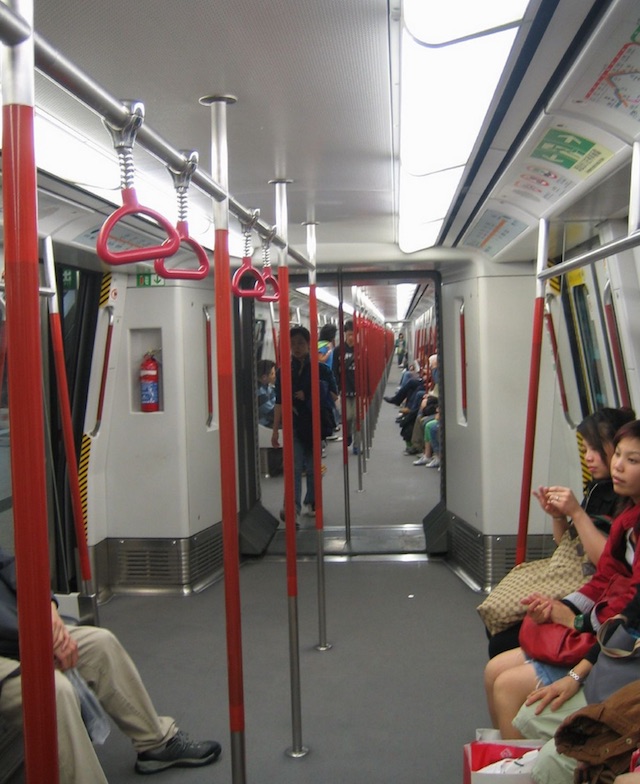 Some of the new cars will be outfitted with digital video screens, charging stations, and wireless internet, which promise to keep you happy and distracted from the underlying infrastructure issues that will continue to plague the MTA until our public officials obtain the political courage to address them.

On the other hand, the Javits Center is going to be a kick-ass venue for all your convention and conclave needs.

The MTA began designing these new trains in 2012 (check out the "6/4/13" date on these renderings), will award the contracts in early 2017, and will get these machines on the tracks in the early 2020s. All of the new trains are expected to be in service until the 2060s, so your great-grandkids are going to love riding the new Second Avenue Subway (the portions that are finished, anyway).

#MTA
#open gangway
Do you know the scoop? Comment below or Send us a Tip