Operation Santa is Back 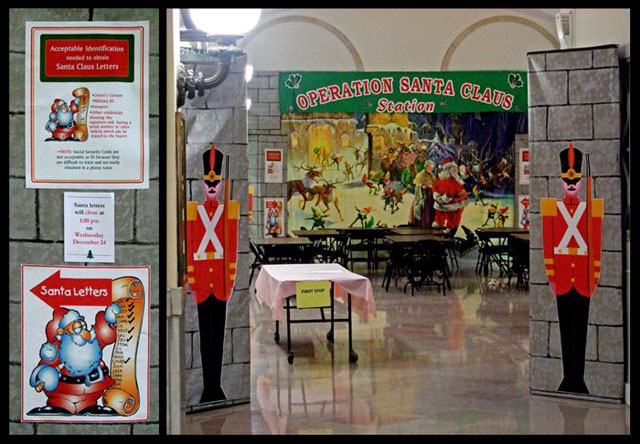 If you're interested in spreading some holiday cheer to a needy child, consider heading to the James Farley Post Office and picking up a letter to Santa from Operation Santa Claus. The U.S. Postal Service collects letters to Santa sent from children and distributes them to people willing to be helper elves (previously, volunteer postal workers would answer the letters themselves).

For instance the AP reports on one letter, "An 8-year-old Bronx boy named Edgar says he waited, but Santa never showed up last year. His letter says his dad doesn't make enough money to buy things for the family. He says he wants coats, clothes and shoes so he and his brother can go to school during the winter."

Previously, you could call the USPS for letter, but the USPS has now made things a little more stringent (for legal reasons), it's best to stop by the post office on 8th Avenue between West 31nd and 33rd Streets in Manhattan. Operation Santa times, when you can read and select letters, are Monday, Tuesday, Wednesday, Friday and Saturday from 9 a.m. to 4 p.m.; Thursday from 9 a.m. to 7 p.m.; not open on Sunday. Or you can call the USPS to find out if a post office near you is participating--check here.