Operation Lucky Bag is Back! 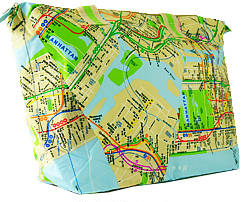 Operation Lucky Bag, the NYPD program that threatened to ensnare good Samaritans along with subway thieves, is making a comeback after being effectively shut down earlier this year. Initially, the program involved cops leaving bags of merchandise, wallets, or purses on subway benches. When someone picked them up and didn't immediately turn them over to the police or subway personnel, he or she was arrested. According to the police, Operation Lucky Bag netted 101 arrests of people with 716 prior arrests on their records.

Last week, the New York Times wrote there were actually 220 arrests, so 119 had no prior arrests to their names. One such person was Helen Calthorpe, who was arrested after picking up a bag with a phone in it while she was on her way to her job. And that gets to a serious flaw in OLB in our opinion - leaving decoy belongings on subway platforms, where people are usually hurried and an arriving train isn't going to wait for you to find a police officer or transit worker.

Judges eventually started throwing out OLB arrests, noting that people actually have ten days to turn in lost items. The NYPD is renewing the program, however, and rigging it for stiffer penalties. The dropped items now include legitimate credit cards (registered to cops' pseudonyms), the theft of which is a Class E felony and can result in four years in prison. And they've expanded the locales. According to the Times, cops have been leaving abandoned purses in stores such as Macy's.

Prosecutors say they'll focus on cases that involve sneaky behavior that indicates guilt, such as a man who found a purse in a store, removed the wallet and stuck it in his pocket, and then left the purse behind before attempting to leave. But that doesn't explain the police nabbing a guy who picked up at a wallet at the Grand Central Station. He told the Daily News he intended to return but rushed onto a train - only to be hauled out by the police, frisked, and questioned how many times he had been arrested.