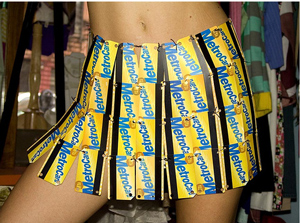 The board of the MTA voted this morning in favor of increasing the cost of multiple-ride Metrocards. According to NY1, the outcome of the vote was a foregone conclusion following the public agreement between Gov. Spitzer and Mayor Bloomberg that riders needed to pay more to ride subways and buses. The pair have effective control of ten of the 14 board members' votes.

The cost of an unlimited monthly Metrocard will rise $5, from $76 to $81. The cost of an unlimited weekly Metrocard is being bumped $1, to $25. The cost of a single ride ticket will remain flat at $2, although only 15% of subway rides are paid for in that manner. Last week, Councilman Simcha Felder said, "I’m not surprised that the MTA has found a new way to rip us off by holding the base fare favored by tourists at $2, while raising every other fare, including the fares of the weekly and monthly unlimited passes. Hard working New Yorkers, who have to deal with crowded trains, delayed and intermittent service, and dirty subway stations every day should be the ones shielded most from fare hikes."

The fare hike is the third since 2003 and is scheduled to go into effect in March, 2008. E-Z Pass users will also see the cost of tolls rise.