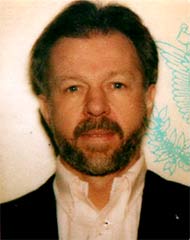 A 65-year-old man was killed during his bicycle ride to work when he was struck by an open car door in the bike lane at 6th Avenue and 36th Street. David Smith was then pushed off his bike and into the path of a box truck, which hit him.

Smith lived on West 9th Street and worked as an engineer at Town Hall in midtown. His partner of 36 years John Moody said that he had an early day because he was helping prepare a show for school children: "He was looking to come home early this afternoon after he finished the show; it was just a routine day." Smith was already dead by the time Moody made it to Bellevue.

The Post calls it a "FREAK MISHAP," but given that Smith was cycling in the bicycle lane, which is designated for cyclists, we don't know how much of a freak accident it could be. Some witnesses do say that Smith was not wearing a helmet. The truck's driver was issued summonses for parking in front of a fire hydrant and blocking the bike lane while the truck's passenger was issued a summons for "opening a door unsafely."

Times-Up will be having its 3rd Annual Memorial Ride on January 6, 2008. Smith is the 22nd known person to be killed while biking in 2007; that's up from 14 in 2006. And earlier this week, Transportation Alternatives released CrashStat 2.0, a map showing locations of incidents where pedestrian and bicycles have been hit by vehicles.