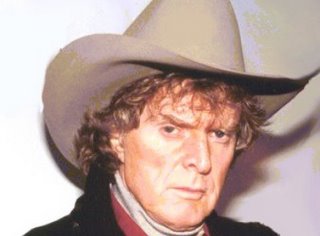 Yesterday Imus returned to radio, which means somewhere
Al Sharpton was talking about it. Happy with the changes, but not quite certain the controversial cowboy will stick to them, Sharpton announced at a press conference yesterday that: "I can only wait and see if his deeds will follow up his words. I know the statements that he made we will continue to monitor as we'll monitor others." He also commented on the new sidekicks, saying, "The fact that he now has a black sidekick and he is on delay clearly may speak of the measures that his new employers have put to make sure there is not a repeat offense."

As we mentioned, Imus was apologetic in tone yesterday, promising "no one else will say anything else on my program that will make anyone think that I didn't deserve a second chance." However, his "edge" was questioned, as he stuck to safe jokes like "Dick Cheney is still a war criminal, Hillary is still satan, and I am back on the radio." 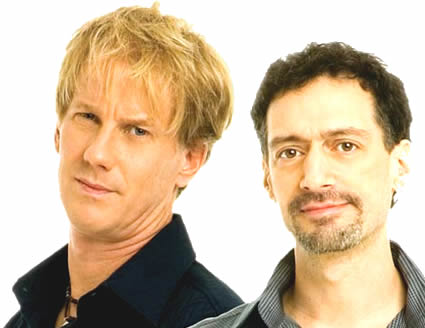 In other radio news Soup Cans reports that "Incessantly controversial radio personalities Opie and Anthony have enjoyed seeing fans disrupt live news coverage with their Assault the Media campaign. Now one television reporter, WABC's reporter Anthony Johnson, is suing the duo, their former employer, XM radio as well as the listener who apparently did more than just disturb a newscast." When will these shock jocks learn? The prankster reportedly blew an air horn into Johnson's ear and caused permanent damage! New Jersey's Acting Governor Richard J. Codey wasn't happy about the aural accost, stating that "encouraging fans to intervene in live news shots is inappropriate and dangerous."

#al sharpton
#alsharpton
#Anthony Johnson
#anthonyjohnson
#As
#dick cheney
#don imus
#entertainment
#governor
#media
#new jersey
#news
#opieandanthony
#radio
#Richard J
#shockjocks
#soup
#television
#wabc
Do you know the scoop? Comment below or Send us a Tip
A new Gothamist is coming! We’ve moved comments over to our beta site. Click here to join the conversation and get a preview of our new website.