Oh Noes, Now Banks Are Foreclosing On Mansions In The Hamptons?

It was one thing when banks started foreclosing on homes owned by lower class Americans—after all, shouldn't they be renting, or relocating to tent cities? And when middle class Americans were foreclosed upon en masse, well, surely they were just living beyond their means and indulging in extravagances like sending children to college. But now it's simply gone too far: the owner of a $12 million mansion is facing foreclosure in the rich Hamptons town of Sagaponack, which, good heavens, has never seen such a thing!

“This is the first foreclosure that I’m aware of in Sagaponack,” Village Clerk Rosemarie Winchell tells the Post, which reports that Benjamin Ringel, a real estate agent and "Democratic Party moneyman," owes $7.8 million to the Bank of Smithtown (PDF), which foreclosed last month on the 15,000-square-foot mansion on three acres. Ringel built the home in 2009—it's got seven bedrooms, 8 1/2-bathrooms, a pool, a tennis court, and, now, the world's tiniest string quartet playing on the lawn. (Hilariously, when Ringel wanted to a build poolhouse, he said it was because he four kids and the poolhouse was "to keep them out of his way.")

It's confusing, because another rich Hamptons Democrat was just warning everyone that their biggest threat is a bloodthirsty mob of low-rent rabble raiding their oceanfront utopias. Now they have the banks to worry about, too? Ringel's house is scheduled for auction in September, but his attorney expects it to "be resolved" in his rich client's favor, which would certainly be a shocking turn of events. But hey, if it doesn't work out, he can always relocate to the nearby town of South Schadenfreude. Excellent seafood. 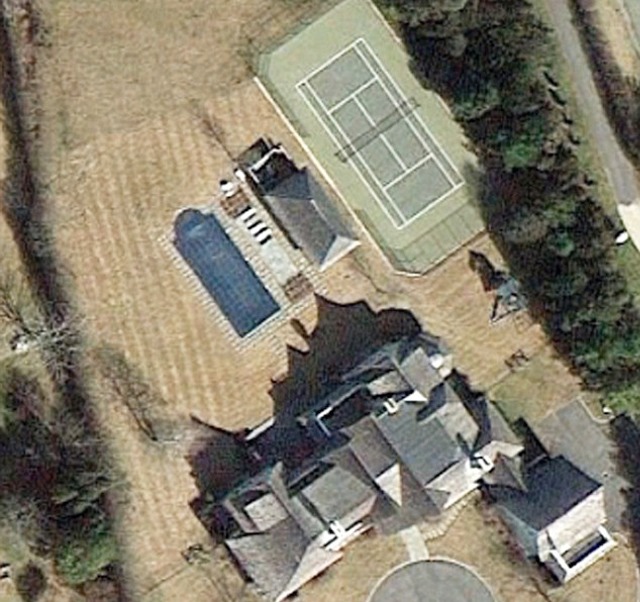 (The completed mansion, via The Daily Mail)