A Brooklyn neighborhood is shaken today after six people—including a two-year-old girl and a 13-year-old boy—were shot in a drive-by shooting yesterday at 7 p.m. While police are trying to determine what sparked the violence, WABC 7 reports that some community leaders think it was gang members trying to settle a score. 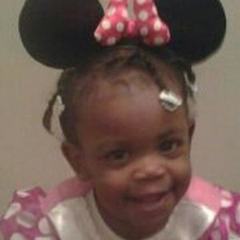 The shooting took place near Rockaway and Riverdale Avenues in Brownsville. Little Ariyanna Prince, 2, was shot as was her father, Michael, 27, who tried to protect her. Ariyanna was grazed by a bullet; the 13-year-old boy was shot in the hand while a 17-year-old male was shot in the leg. Two other men were also shot. None of the injuries were life-threatening.

Eyewitnesses told WABC 7 that 10 shots may have been fired; one said, "People were running around screaming 'Oh my God a baby got shot, a baby got shot!'" Police are looking for a gunman who apparently fled in a white Nissan Altima with Florida plates.

According to the Wall Street Journal, "The corner is located in an NYPD impact zone, one of dozens of areas in the city that are strategically targeted for crime reduction, the official said. The shooting is the latest in a string affecting young victims, including a 4-year-old boy who was killed July 22 during a Bronx basketball game and a 14-year-old who was found by his father Friday morning shot dead on a Bronx tennis court." One resident said the block is "very family oriented ... I'm shocked that this happened. There's guns everywhere and there's violence...but this block it's different. More or less very OK here."

Ariyanna's mother said, "I guess nowawdays, you never know where you can be hit. If you have kids or siblings, they can be targets like my child."