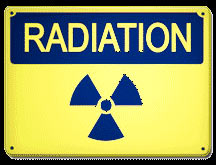 The city is moving forward with its "Ring of Steel"-style security camera initiative to fight terror attacks, and it looks like another ring may implemented. Newsday reports officials from Homeland Security as well as the state and local level have been discussing a plan to put radiation sensors "in a 50-mile radius around the city".

Sensors would be placed on bridges, tunnels and roads to detect dirty bomb ingredients, like uranium and plutonium. The idea has many supporters, including NYPD Commissioner Ray Kelly, but some critics aren't sure if sensors are sensitive enough to detect radioactive elements encased in metal or whether it's worth the cost since a dirty bomb's reach may not be far-reaching. For instance, a former counter-terrorism CIA director turned consultant Vincent Cannistraro tells Newsday, "If you're depending on a piece of technology to tell you that a nuclear device has been brought into New York City, you're in a lot of trouble."

Critics believe the money for the program, called "Securing the Cities," about $75-100 million, would be better served to prevent radioactive materials from entering the country in the first place. But the Council on Foreign Relations' Michael Levi points out, "The goal isn't to be 100 percent effective. The goal is to be effective enough that a terror group doesn't want to test the system. Those may be two very different standards."

The Homeland Security Watch blog has comments from House Subcommittee on Technology and Innovation chairman David Wu (Democrat from Oregon) about the program. And this has been mentioned before, and sensors were supposed to be placed in Staten Island in the spring (though we're not quite sure if they ever were).