Of Cons and Conifers 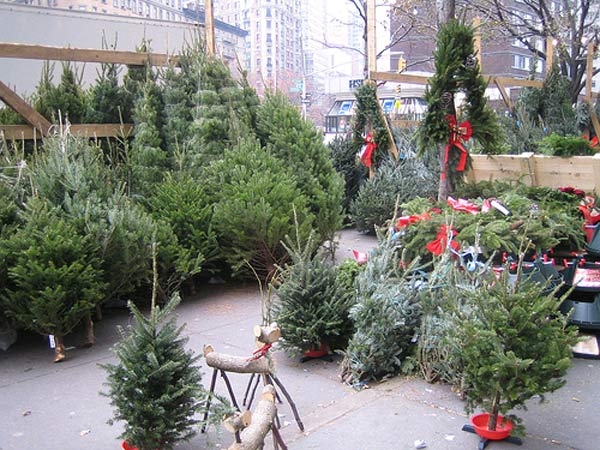 Two sidewalk Christmas tree salesman are accusing the "company" they worked for last year of leaving them out in the cold on Christmas Eve, waiting for thousands of dollars in wages that never appeared. The yuletide stiffing apparently was in retribution for either 1) skimming sales revenue, or 2) talking publicly about the shadowy figure who allegedly is the kingpin of sidewalk Christmas trees.

Last year, an experienced tree-seller and longtime employee of Kevin Hammer described what it's like working for a man known as the "Myth." Over a meal of chicken fingers and cognac, the source described an enterprise that was all cash, involved hidden money drops, supervisor henchmen that monitored the salesmen on the street, and where no one was ever supposed to speak the boss's name. After the publication of an article in The New York Sun describing the operation, the salesman and his partner--Ulric Rousseau and Noemie Raiche--found themselves out in the cold and with empty pockets.

Someone with Hammer says that Rousseau and Raiche were observed pocketing cash that belonged to him, but Rousseau says that he received a text message in response to queries about when he could get paid.

"After Hammer told us we weren't getting paid, I got a text message from my supervisor that said: 'Apparently you steal and talk too much. Chicken fingers and cognac are not a good combination,'"

Gastronomically, we'll have to agree with Hammer, but we find it fascinating that there's a shady underworld element to the economy of something like sidewalk Christmas trees. Rousseau and Raiche have filed a complaint with the New York State Dept. of Labor, which is investigating the matter.