Occupy Wall Street may be prohibited from pitching tents in Zuccotti Park, but the protesters are determined to make their opposition felt citywide with a new campaign called "tenting." It's being called a fun new way to "occupy people's minds and public space." Last night a group of protesters temporarily gathered in Duarte Park north of Zuccotti and discussed plans to "liberate space and liberate minds by occupying the imagination." Did LeVar Burton just join Occupy Wall Street?

It seems the gist of this is that protesters will set up tents in public spaces around town and decorate them with messages... then leave them behind. The tents will be uninhabited on the inside, but bursting with ideas on the outside. Tenting: it's like planking, but with purpose! For your Monday morning cringing pleasure, here's an audio recording MSNBC's Meg Robertson made of last night's tenting discussion:

Announcement on new #OWS effort called "tenting" AND plans to get Trinity Church property. by MegRobertson

Your move, Goldman Sachs. THE ABANDONED TENTS UNITED WILL NEVER BE DEFEATED. Robertson's audio recording is worth enjoying all the way to the end, mainly because another protester addresses the group without the people's mic, showing how unnecessary the maddening call-and-response ritual has become in many situations. It's funny, though, how hard it is to break the habit of repeating someone else once you get started. Yet this man, whom we're declaring A HERO, persists, speaking full sentences without giving the others time to parrot his words! For a brief moment last night, Occupy Wall Street got 99% less annoying. 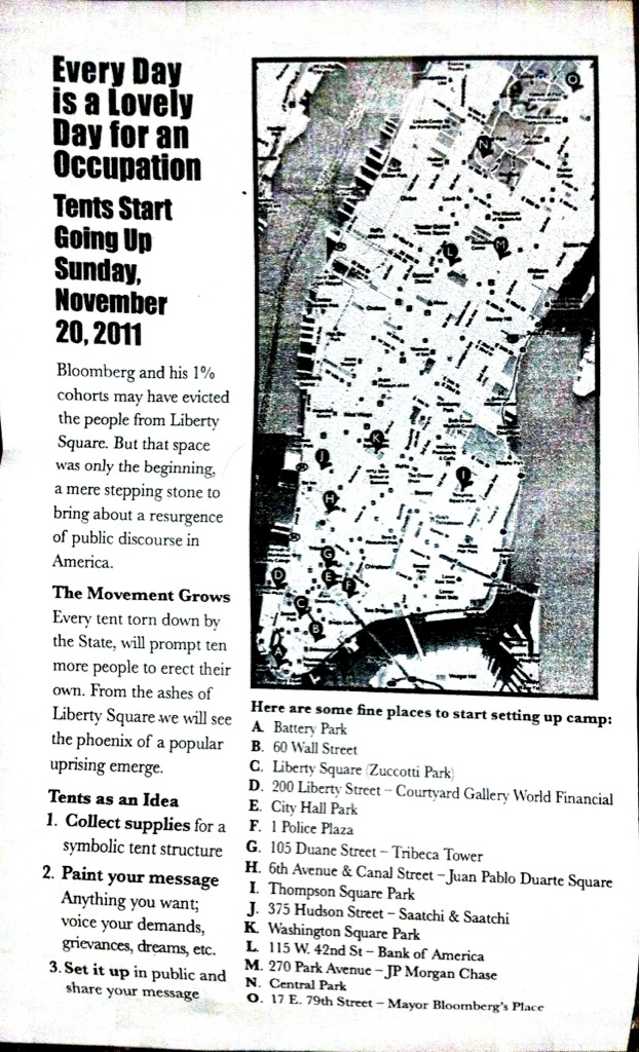