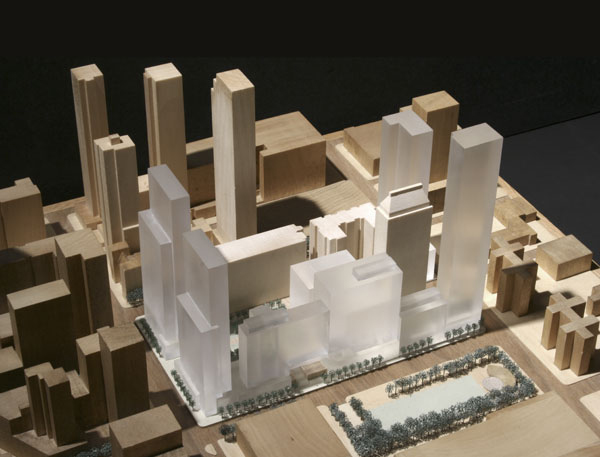 Elected officials, including U.S. Congressman Jerrold Nadler, are speaking out against the proposed expansion of Fordham University's Lincoln Center campus, directly south of the performing arts complex. The school wants to add 1.5 million square feet of building space to the midtown campus, which includes an undergraduate college and its law school, between Columbus and Amsterdam Aves., nearly tripling the complex's size from the current 800,000 square feet. Fordam gets to avoid complicated issues of eminent domain and displacing current residents, since it already owns all the property that it would like to build on.

According to The New York Sun, the objections to the school's master plan seem to be more about aesthetics and urban design, as the critics "warn the campus will be transformed into a fortress-like complex that is unwelcoming to both residents and passersby." 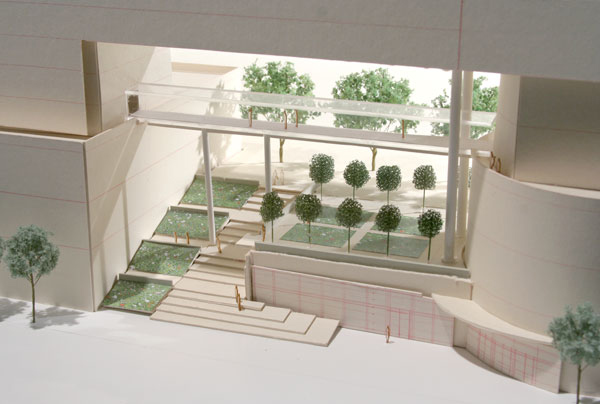 Looking at the model and renderings of the proposed project from architectural and urban design firm Cooper, Robertson & Partners, we can see how critics might have a point. A moat might not look completely out of place with the current design. Many neighborhood residents would prefer that the plans move some of the buildings to the interior of the property while others especially dislike the twin nearly-60-story towers that sit on Amsterdam Ave. and face a public housing project.

Fordham says that the original campus between 60th and 62nd Sts. was built to accomodate 3,500 students; in 2005, 8,000 students were enrolled. The school plans on increasing its enrollment further to 10,600 in the near future and says it needs the space. In addition to the 1.5 million square feet of floorspace included in the current expansion plan, Fordham would like to add another 500,000 square feet over the next 25 years.

Construction is set to proceed as soon as Fordham receives approval for the project from the City Council and the City Planning Commission. The Sun reports that there will be a public meeting concerning the project today at the Dept. of City Planning's offices at 22 Reade St. The meeting started at 2 p.m. and concludes at 8:45 p.m., with an hour-long break between 5 and 6 p.m.