Obamas Made $4.2 Million, Thanks to Barack Books 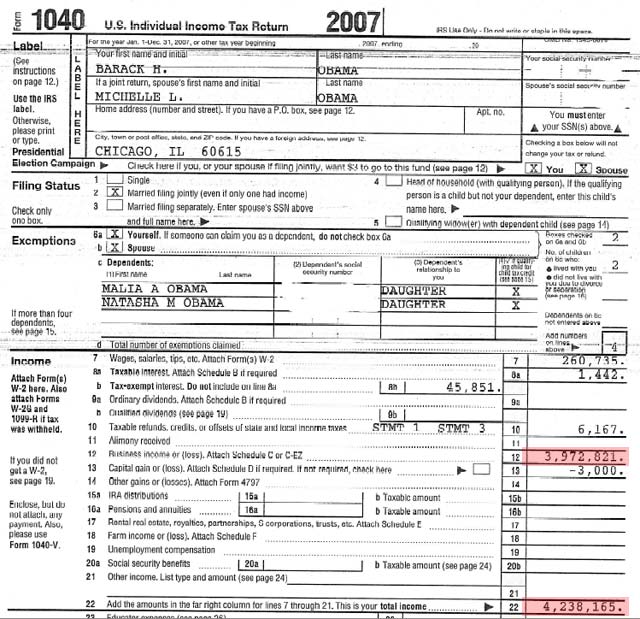 The Democratic presidential candidates have just wrapped up their debate, but right before the debate, Barack Obama released his and his wife Michelle's tax returns for 2007, showing they made $4,238,165 last year. Most of it--$3,943,378--was from royalties from Obama's books.

The couple made $260,735 in salaried income and Michelle Obama also earned about $30,000 for sitting on the board of food producer TreeHouse Foods; she left the position, per ABC News, after complaints "TreeHouse is a supplier to Wal-Mart, and Barack Obama has criticized some of Wal-Mart's policies and treatment of employees." They also donated $240,370 to charity (including $26,270 to Trinity United Church of Christ and $50,000 to the United Negro College fund) and ended up paying $1.4 million in taxes.

#barack obama
#book royalties
#election 2008
#Michelle obama
#tax return
Do you know the scoop? Comment below or Send us a Tip