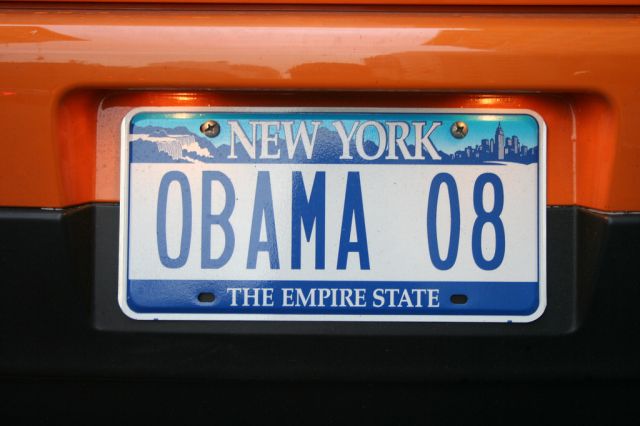 What's the most coveted vanity license plate these days? The OBAMA plate, of course. The NY Post reports on a Long Island man, Jonathan Lifschutz, who scored the Empire State's president-elect plate, which are being kept safely inside of his car. The paper reports "they were so sought-after that Lifschutz couldn't keep them on his Saab - because would-be thieves tried prying them off."

He got the plates at the DMV on January 29th, "three days after the Jan. 26 South Carolina primary...after he saw former President Bill Clinton minimize Barack Obama's primary victory over Sen. Clinton in South Carolina." Now, is there some sucker out there driving around with Palin plates?