Obama Opts Out of Public Funding for Election 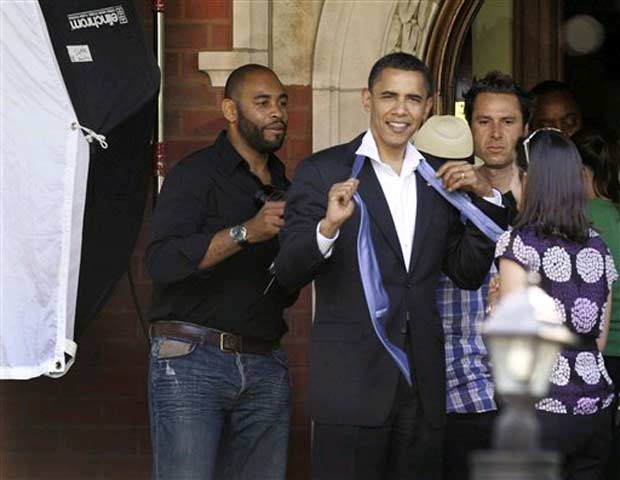 Top photograph of Barack Obama removing his tie after an earlier photo session at his home in Chicago by Russel A. Daniels/AP; lower photograph of John McCain at a St. Paul town hall by LM Otero/AP

Yesterday, presumptive Democratic presidential nominee Barack Obama decided to forgo public financing for his general election campaign, seemingly reneging on his earlier statement that he would receive public financing if the Republican nominee did, too. 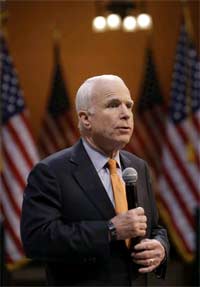 Obama made his announcement via video, arguing that he does support public financing of elections but the system is deeply flawed and allows his rival's campaign to game "this broken system," "fueled by contributions from Washington lobbyists and special interest PACs" that can make unlimited donations. His campaign, which many believe is poised to raise an unprecedented $500 million in donations, is also using the "broken public financing system" argument to convince supporters to join in and donate to him: "To compete, Barack has decided to keep putting his faith in ordinary people like you giving only what you can afford."

John McCain was quick to criticize Obama, saying, "This is a big deal - a big deal. He has completely reversed himself and gone back, not on his word to me, but the commitment he made to the American people." And a McCain campaign spokeswoman said, "Today, Barack Obama has revealed himself to be just another typical politician who will do and say whatever is most expedient for Barack Obama."

The Washington Post and NY Times both have editorials proclaiming disappointment in Obama's decision, while the NY Sun explains why it's a good thing ("By opting out of the system, Mr. Obama will be funding his campaign with money given voluntarily by supporters rather than money collected by the Internal Revenue Service, even if the IRS money is allocated from the tax revenues via an optional check-off.")