Obama Gets Buffed on Bowery 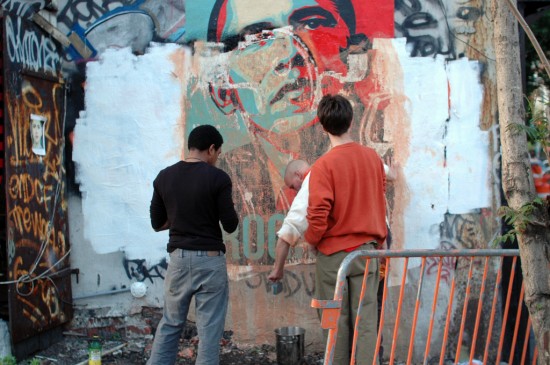 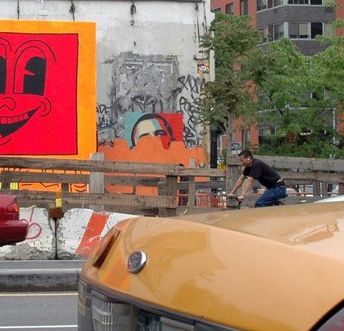 This past Saturday, one of the Obama posters Shepard Fairey added to the cityscape was taken down by graffiti writer MARTY -- who Razor Apple reports "has been holding down that corner for years."

The Obama poster is on the corner of Houston and Bowery, and reportedly Shepard was apologetic for pasting over another writers work, but added, “however, I feel Obama being elected is very important to everyone’s future including MARTY’s. It was not intended to be disrespectful of him, but if he chooses to be that small minded and petty about it I can’t control that. I certainly would expect him to justly re-claim the spot after the election.” At any rate, Obama supporters reversed the tagged Fairey piece soon after, and buffed off MARTY's new work.

Meanwhile, very south of Houston, Obama didn't run into many supporters in West Virginia at the primary, but he's still considered a lock for the nomination. Obama's new puzzle: Figuring out how to nicely get Hillary Clinton to step off the campaign trail.