Obama and Clinton: War of the Words 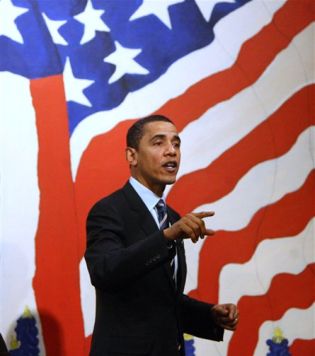 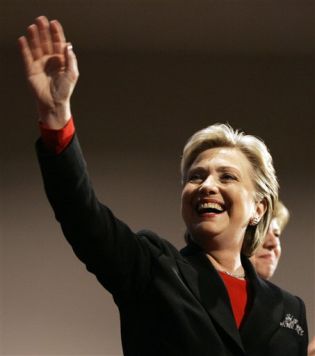 The Wisconsin, Washington and Hawaii primaries have been going on today, and while John McCain is expected to further solidify his presumptive nomination, the Democratic race is tight as ever, with a Gallup pole now showing Clinton closing the gap on Obama after his string of eight straight victories.

What’s passing for campaign news at the moment is a teapot tempest stirred up by the Clinton team, accusing Obama of plagiarizing Governor Deval Patrick of Massachusetts, his friend, while improvising during a speech in Wisconsin. Obama admits he should have name-checked Patrick but he also asks, while everyone’s on the subject of style-biting, what’s up with Clinton poaching his “A” material for her speeches, stuff like “It’s time to turn the page” and “Fired up and ready to go”? Also, Clinton herself has just been caught stealing from the first “black” president, her husband.

Whatever the reason, the Obama camp is now lowering expectations for Wisconsin’s 74 Democratic delegates, where voters are risking frostbite to vote before their Tauntauns die in the sub-zero weather. (And Obama’s got the sniffles!) Just to piss Washington and Wisconsin off, it’s currently sunny and 76° in Hawaii, where twenty delegates are at stake. The Washington results are largely symbolic because the state Democratic Party previously agreed to award its delegates based solely on the results of the February 9th caucuses, which Obama won by 36%. 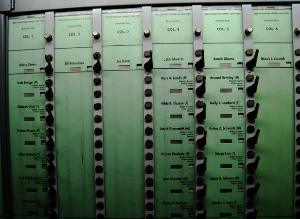 Back in New York, the City Council says the Board of Elections has some explaining to do over a primary vote-counting snafu that initially tallied zero for Obama in districts like Harlem, where he actually won 136 precincts. The errors led to inaccurate reporting on primary night and increased momentum for Clinton, but probably only amount to a handful of delegates. Though with a race this close, every delegate counts, at least until the party insiders cast their fancy superdelegate votes for whoever they want. (400,000 people have signed an online petition at MoveOn.org demanding superdelegates vote for the candidate with the most pledged delegates.) And while Clinton supporters keep churning out breathtakingly dreadful campaign videos like these, NY Mag ponders who stands to win or lose if the Clinton dynasty crumbles. (Rupert Murdoch, for starters.)

Also, it may be time for Michelle Obama to stop helping; speaking at a rally in Milwaukee yesterday, she told the audience that “for the first time in my adult lifetime, I am really proud of my country”, basically because Obama’s been on such a roll. So you’re on notice America: make her the First (black) Lady or return to the shadows of her shame.