NYU Student Cheats "Smiling Death" After Being Trapped For 36 Hours

The NYU student who was found trapped in a tiny crevice between two buildings was trapped there for 36 hours, and first-responders say their biggest concern when they finally found him alive was "smiling death." The extraction of Asher Vongtau, 19, from the crevice—barely wider than a shoebox—was a "painstaking process," FDNY Chief of rescue operations Richard J. Blatus told the Times. Vongtau was semi-conscious when he was found, but rescuers feared he wouldn't survive the extraction:

Doug Isaacs, the medical director for the Fire Department, said one of the biggest risks in such a rescue was “smiling death,” when a victim initially seems fine when he is removed but soon dies because of internal wounds.

Even as firefighters were opening up the wall, Dr. Isaacs was working to give Mr. Vongtau medication and assess his condition. Though Mr. Vongtau was conscious, he was not coherent. Still, Dr. Isaacs said that he came to understand that he had fallen at least 10 stories. 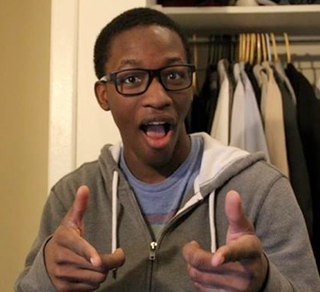 Vongtau went missing Saturday morning after a night of partying with friends. Around dawn, someone pulled a fire alarm, causing a briefly chaotic scene in the dorm.

Vongtau reportedly told investigators he'd been drinking from Friday night into Saturday morning. "He really can't remember up until when he fell in there, exactly what happened, maybe as he comes to," Vongtau's mother Habiba Vongtau told ABC 7. "[He has] broken bones, arm, and contusions, and cracked, I think fractured pelvis." But DNAinfo reports that Vongtau told police he "stepped outside during a party on the 10th floor and got back into the building through a side door that led into an off-limits utility area... He started climbing up the fire escape, but lost his footing on the second-story landing and fell."

Vongtau's friends have accused NYU's Public Safety officers of a flat-footed response. The search began shortly after midnight on Sunday, but officials didn't search the roof until Sunday afternoon, on the prompting of Vongtau's friends. A campus guard finally spotted Vongtau down at the bottom of a narrow gap between two buildings. “I’ve lost faith in the authorities," student Michael Yablon told NYU Local. "They would have failed had it just been left to them doing their thing... They should be thanking us. John Sexton doesn’t want that kind of press on his hands.”

I can assure you that suggestions about Public Safety waiting 72 hours or requiring a family member to file a report before beginning a search are totally and 100% false; it is simply not true. Other students are a common source of reports such as this - because they tend to be in contacts with fellow students more than parents, staff, or faculty, so they are typically the first to recognize something is amiss — so of course we don’t wait. And it is contradicted by the facts in this case — the search for this student began immediately after it was reported to us (ie shortly after midnight on Sunday).

Beckman also subsequently admitted that "we should have acknowledged the importance of the missing student’s friends in initiating the search and helping to bring it to a conclusion." You can read all his lengthy statements here.

A state senator heard he was banned from MSG. So he tried to go to a Knicks game.

By
Catalina Gonella
News
A state senator heard he was banned from MSG. So he tried to go to a Knicks game.