Alain Kaloyeros, a Lebanese-American scientist, university administrator, and tech-industry liaison for the state of New York, took home $987,075 in taxpayer money for his salary last year, making him the top-paid state employee. It took Kaloyeros a while to get to this spot. As the Gotham Gazette recently summarized:

Working with five governors, and powerful legislative allies like former Assembly Speaker Sheldon Silver, Kaloyeros has overseen the development of [SUNY's College of Nanoscale Science and Engineering] while attracting millions of dollars of outside investment. He oversees over $14 billion worth of campuses, labs, and scientific "clean rooms" across the state. Under Gov. Andrew Cuomo, Kaloyeros added to his portfolio helping the state direct the Buffalo Billion program that has attracted major investments from IBM and SolarCity - and now, from U.S. Attorney Preet Bharara.

The federal investigation, disclosed last month, centers on how exactly three developers who are Gov. Cuomo donors came to get the bulk of a billion dollars in state contracts to develop tech facilities in Buffalo. As president of SUNY Polytechnic Institute, Kaloyeros oversaw the deals. Before he knew he was in the sights of prosecutors, he justified the stonewalling of an investigative reporter's Freedom of Information Law requests by saying, "We are not political operatives nor do we respond to perceived threats and terrorism."

Now that the investigation has been revealed, he told a Syracuse reporter who asked him about it at a press conference that it is not polite to ask off-topic questions. He invited another reporter, from Gotham Gazette, to tour SUNY Poly with the caveat that he couldn't discuss the investigation under "threat of jail," then abruptly canceled the meeting.

In response to a Gazette profile, Kaloyeros Facebook messaged the author, writing, ""Ooo...so you're the one who thinks I act like a teenager...cute."

Still, there is plenty of information out there about Kaloyeros. A cloying 2002 profile in the New York Times referred to him as a "dashing dervish," but the evidence suggests that he is an immature, Ferrari-obsessed narcissist who has serious issues with women.

His Facebook activity splits between several categories, among them: snaps of his Ferrari (license plate: "DR NANO") and Range Rover, copies of news articles where he praises Gov. Cuomo, photos from behind the wheel of being stuck in traffic, posts making fun of other luxury car brands, Darth Vader jokes and memorabilia, and memes at women's expense. On the Ferrari thing: Kaloyeros has a Ferrari-branded plush doll of a donkey that he calls Enzo after the late carmaker Enzo Ferrari. 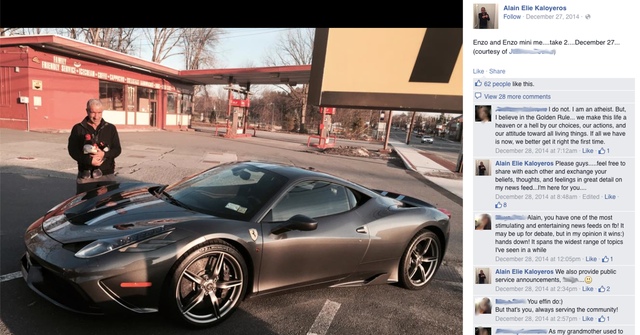 And here is Enzo riding passenger:

Kaloyeros's stuck-in-traffic photos are just one indication of his scorn for traffic laws. Writing to a fellow speed demon, he says, "Any sign with the words 'speed limit' is offensive." In another, he refers to an area's 30 miles per hour limit as a "minimum speed limit."

Here is Kaloyeros's Ferrari taking up two spots, one of them reserved for people with disabilities (this has happened more than a few times): 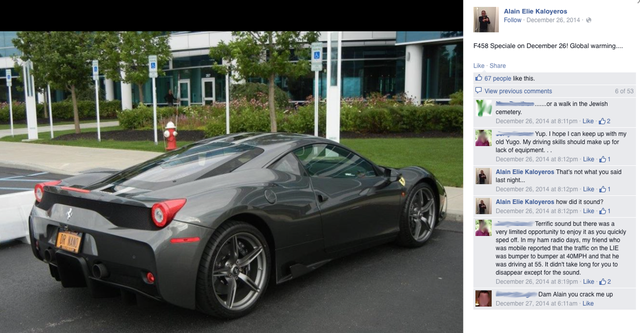 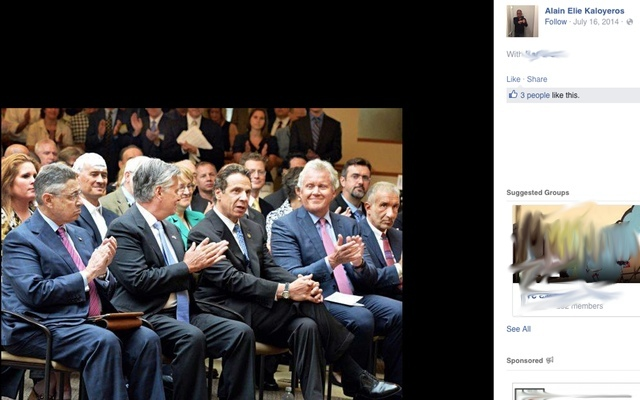 Kaloyeros is also an expensive dresser. In one post, he boasts about how he wore a "gazillion $ Amore suit" to an event while former Albany mayor Jerry Jennings wore "100% genuine polyester." Here is Kaloyeros's version of heaven: 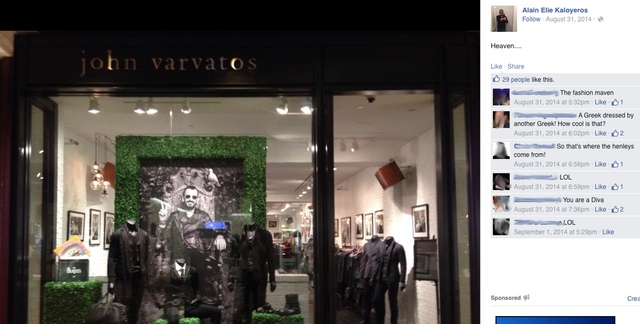 Some examples of how he feels about women in general: 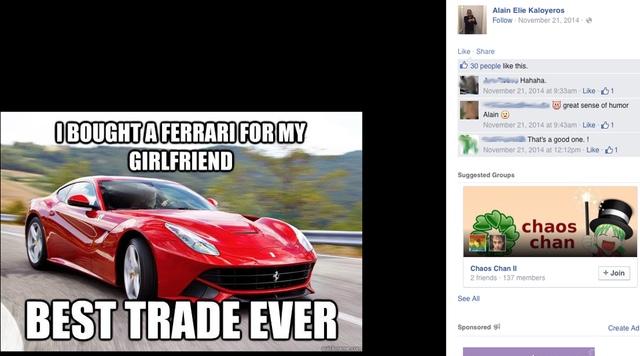 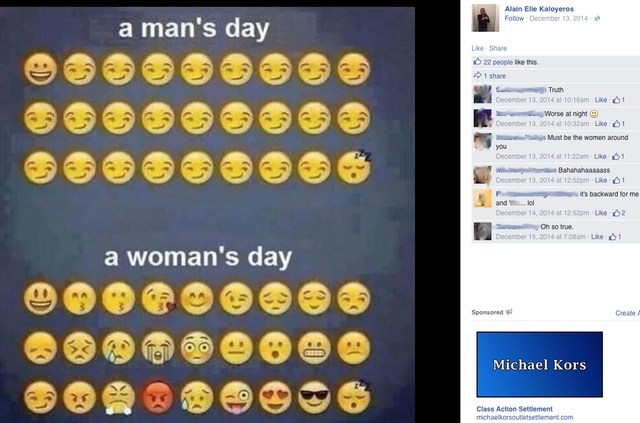 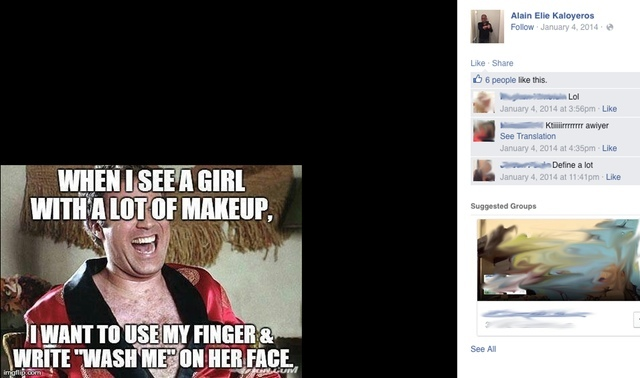 And how he feels about his exes in particular (based on his posting, it seems that he is divorced and has two young adult sons): 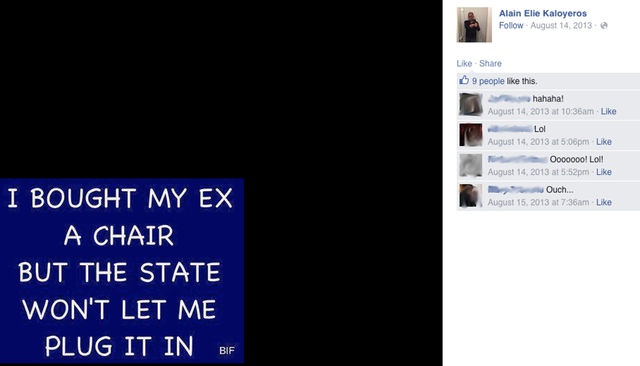 But hey, Kaloyeros isn't entirely taxpayer funded—he has said he makes some of his money from his 13 patents, and he dipped into the state's research foundation for another $523,000 in fiscal year 2014. Besides, who in a position of great wealth and power has not filled their days posting sexist memes and photos of their Italian sports car on social media? Something something job creation #upstatelivesmatter.

Kaloyeros did not respond to an emailed request for comment on this article. But I should probably check my Facebook messages.

#Alain Kaloyeros
#andrew cuomo
#corruption
#suny poly
#taxes
Do you know the scoop? Comment below or Send us a Tip