NYPD's "Operation Sentinel" Will Photograph Every Car Coming to Manhattan 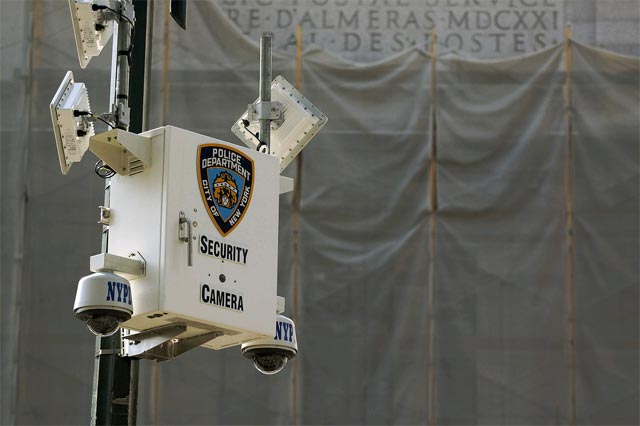 The NYPD is serious about security in this post-9/11 world, and, amongst many elements in a proposal called "Operation Sentinel,"is the plan to photograph every single car coming into NYC. The NY Times reports that the goal is to "strengthen the city’s guard against a potential terror attack." Vehicles would be photographed, license plates scanned, and checked for radioactivity.

Cameras would be set up at bridges and tunnels. The NYPD says that if a vehicle does not appear suspicious (after running it through a databased), the information will be deleted. Previously, the NYPD has mentioned its Lower Manhattan Security Initiative, which would ultimately have 3,000 cameras in place; now the NYPD has released details of how security would be tightened up around Ground Zero. Those plans include a dozen guard booths, specific areas where tour buses can drop off and pick up passengers, and a bomb screening center for service and delivery trucks to the World Trade Center.

There are some questions about whether this is too much. A doorman told 1010 WINS, "There's a balance that needs to be had, and that needs to be constantly upheld. How much safer is that really going to make us? We're getting closer and closer to a police state. How much are civil liberties going to be encroached upon in the name of quote-on-quote security?"

#lower manhattan
#nypd
#Operation Sentinel
#safety
#security
Do you know the scoop? Comment below or Send us a Tip