NYPD: Woman Was Strangled Until She Blacked Out In Hell's Kitchen Bar's Bathroom

A woman was followed into a Manhattan bar's bathroom and strangled until she lost consciousness last month, and police are now hoping the public can help them track down her assailant.

The incident took place on August 26th, around 2:30 a.m. at the Blue Ruin bar on 9th Avenue and 40th Street. According to the NYPD, a man followed a 27-year-old woman into the bathroom, where he "proceeded to strangle her until she lost consciousness."

The NYPD says the victim received medical treatment on her own at a later date, but had no further details about the events before or after the assault. 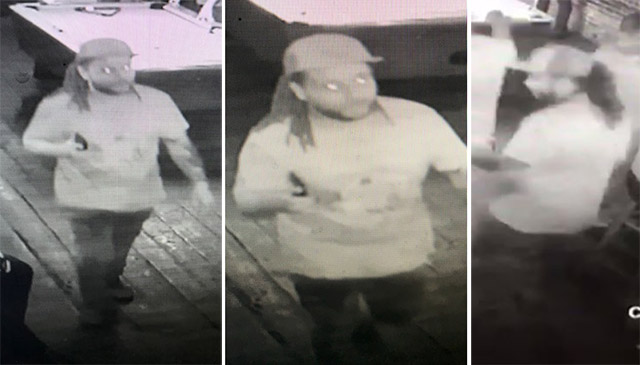 Images of the suspect in the strangulation (NYPD)

The suspect is described as being about 5'8" and 5'9" with hazel or green eyes and long black dreadlocks.

#hell's kitchen
#midtown south
#strangulation
Do you know the scoop? Comment below or Send us a Tip