NYPD Will Be At Apple Stores On iPhone 5 Launch Day, To Register Your Gadgets

Updated with photo of police at the launch!: If we're not writing stories about iPhone releases or the new iOS' map functionality sucking, we're writing stories about someone's iPhone being stolen—most likely while on the subway. So with the new iPhone 5 coming out tomorrow, the NYPD is bringing its "Operation ID" program to register your electronic devices to NYC's Apple stores and other locations across the city. Oh, yeah, and the NYPD is calling it an "Anti-Apple Picking Campaign."

Police Commissioner Ray Kelly said in a statement, "The theft of Apple phones and other hand-held devices drove the spike in robberies and larceny this year. Individuals alert to their surroundings are less likely to become victims, and Operation ID will help those whose property is lost or stolen to get it back." Also, the NYPD wants to let you know: 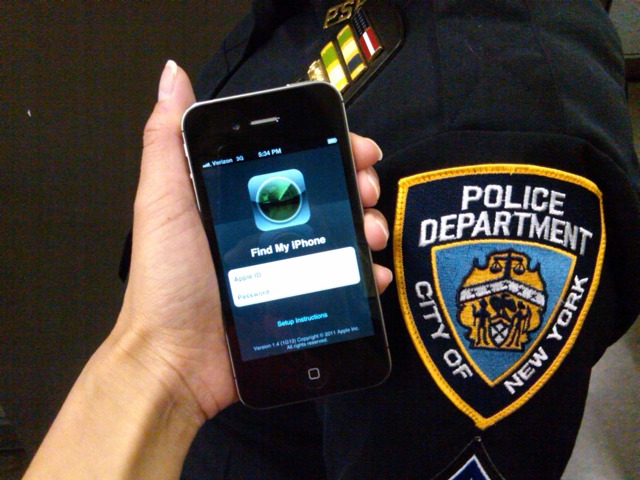 Operation ID is provided to the public at no cost. Officers register the serial number of valuable portable electronics along with the owner’s name and contact information. Items can also be engraved with a uniquely identifiable serial number prefaced with the letters “N.Y.C.” The program enables police to trace stolen property in the possession of a thief to its rightful owner, or identify found property and return it to the rightful owner.

Members of the public are invited to bring their portable electronic devices to NYPD personnel stationed at any Apple retail store, and the other locations, to register their devices. Such valuables may also be registered at any time through the crime prevention officer at any police station.

The NYPD adds that they have officers using iPhones with iCloud to help theft victims find their phones—the NYPD loves Find My iPhone!

The NYPD will be at the city's Apple Stores plus select Verizon and AT&T locations. Here's the registration card they will be using:

#apple
#gadget
#iphone
#iphone 5
#iphone theft
#nypd
#theft
Do you know the scoop? Comment below or Send us a Tip