NYPD Warns of Potential Enemies Within 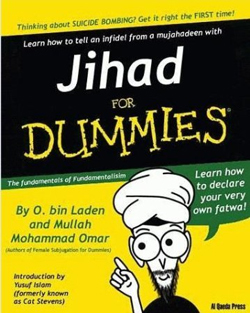 The NYPD released a 90-page report this week detailing how Western native residents can become politically radicalized and adopt a terrorist mindset. Although the report claimed that the likelihood of such transformations is lower in the U.S. than in European countries, the conclusions reached by the study were decried by civil libertarians and advocates for Arab-Americans. The NYPD's study is based on the cases of 11 plots over the past six years.

Radicalization of an individual reportedly follows a sequence of four distinct stages, although the report is careful to point out that individuals who go through some of the stages will not necessarily progress to committing terrorist attacks.

Critics of the report objected to the fact that it cast certain otherwise positive behavioral changes like giving up smoking or drinking as potential indicators that would raise suspicions of terrorist activity. The executive director of the Council on Islamic-American Relations accused the report of casting a pall of suspicon over the entire Muslim community.

The report focuses exclusively on Muslim terrorists but states "There is no useful profile to assist law enforcement or intelligence to predict who will follow this trajectory of radicalization," and it sounds to us like these steps could be adopted by any radical ideologist. Nonetheless police commissioner Ray Kelly called the study a "groundbreaking" new tool for law enforcement agencies investigating potential terrorists. Kelly also identified the Internet as "the new Afghanistan," as a place for radicals to adopt terrorist training.

(Image of "Jihad for Dummies" from Pub Philosopher)