NYPD: This Guy Kissed J Train Rider, Then Threw Her Down & Kicked Her

A woman in a Manhattan subway station was assaulted by a man who kissed her before beating her. 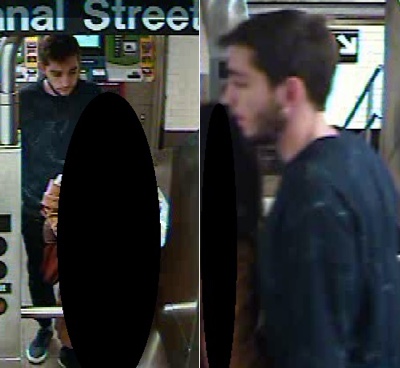 Police say the incident occurred on November 19th at 3:25 a.m. at the Canal Street station near the J train area. According to a statement from the NYPD, the man approached the woman from behind, pinned her against the turnstile, and forcibly kissed her. He then threw her to the floor and kicked her in the stomach and back.

The victim did not seek medical attention at the time. The NYPD released images of the suspect, describing him as 5'10" and about 175 pounds with short brown hair. He was last seen wearing blue jeans.

#assault
#canal street
#subway
Do you know the scoop? Comment below or Send us a Tip