Yesterday, the NYPD released photographs of two people suspected of stealing a jacket that costs more than some people make in a year. According to investigators, it's a "brown crocodile skin jacket valued at $40,000."

According to the police, it happened last week, Tuesday, December 3rd, around 5:30 p.m. at the Zilli clothing store at 57 East 57th Street. (That's right next to the Four Seasons.) The NYPD says a woman took the coat from a display rack and gave it to a man who then "took it with him into a fitting room where he placed the property into a duffel bag." The two suspects left without paying. 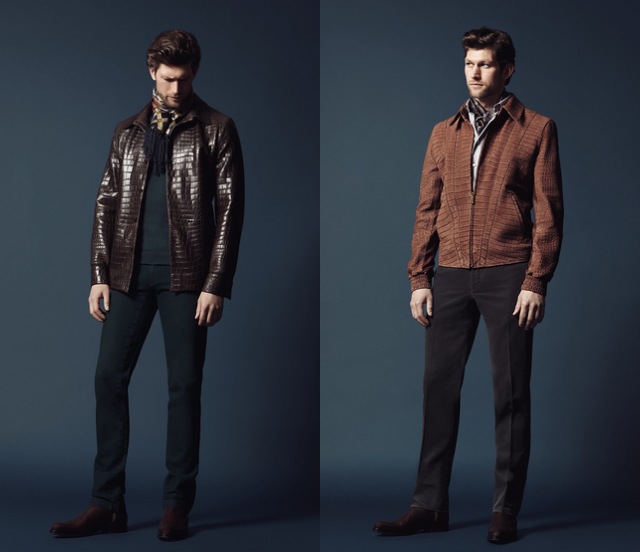 The NY Times reports, "To enter customers must ring a bell and wait for an employee to open the door. Merchandise at the store, which includes belts and bags in addition to coats and jackets, can cost up to $150,000... The police said it did not appear that the pair had any help inside the store. At the store on Tuesday, a manager who would not give his name said that he could not comment on the matter. 'There is much more to tell,' he said. 'But unfortunately, I can’t.'"