Police are searching for a person accused of shoving an elderly woman and allegedly calling her a "white bitch." 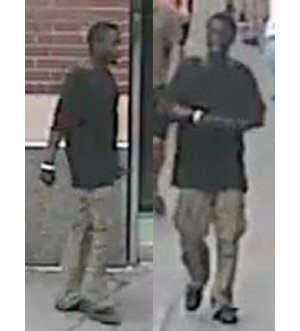 The incident occurred around 7:15 p.m. on July 11th, near Ninth Avenue and West 43rd Street in Hell's Kitchen. According to the NYPD, a man walking behind an 84-year-old woman "shoved her to the ground and yelled a racial slur at her."

A police spokesperson said he yelled something along the lines of "F--- you, white bitch!" The NYPD Hate Crimes Task Force is involved in the investigation.

The suspect then fled the scene south on Ninth Avenue. The victim was taken to a hospital in stable condition, to treat bruising and abrasions to her right knee and elbow.

Investigators released images of the suspect, who police describe him as being 5'6" to 5'7" and who was last seen wearing a black shirt, light colored pants and black shoes.