Two years ago, an 18-year-old college student was seriously injured in an explosion in Central Park. Now, the NYPD and Bureau of Alcohol, Tobacco, and Firearms have released an image of a bag found nearby, hoping that it will lead to more clues.

The incident occurred near East 60th Street and Fifth Avenue, just before 11 a.m. on July 3, 2016. Connor Golden, a Virginia resident who was visiting the city with two high school friends, jumped off a rock and was maimed by the blast that followed. His left foot was amputated.

Apparently the device was put in a bag, which detonated when Golden stepped on it. At the time, police believed that it was made by a "hobbyist" who wanted to test it out. The authorities think the suspect likely has a background in chemistry.

In the latest release from the NYPD, the department characterized the bag as being "found at the scene of this incident." 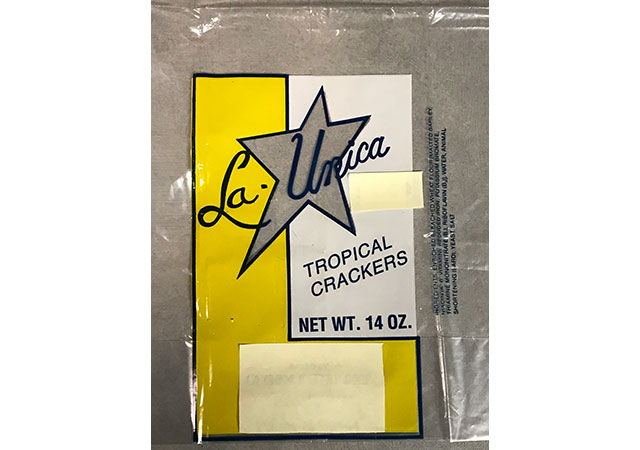 An ATF agent told WABC 7, "It has unique markings on it, characteristics to a particular business or bakery, so if folks recognize that bag and have seen it in circulation in the past and know where it would have come from or who had access to that type of bag, we'd like to know about it." La Unica has bakeries in Jersey City and Union City.

The NYPD ruled out terrorism, but noted that one of the substances used, triacetone triperoxide (TATP), has been used in terrorist acts. TATP is commercially available.

Last November, Golden's mother wrote a letter to the New York Times arguing that the act was terrorism: "What is terrorism? As the country debates what acts of violence constitute terrorism, those of us directly affected by these acts know. My son certainly does. His leg was amputated on July 3, 2016, after he stepped on a bomb placed in Central Park, in a highly trafficked area near the zoo. A small child was playing nearby at the time of the explosion... What hobbyist risks life and limb transporting a volatile substance like this into the park?"

His family also hopes to find a person who apparently helped Golden after the explosion: An Instagram user, @miloturambar, who wrote that he applied a tourniquet until the police arrived. The IG user, though, has a private account and hasn't responded to any inquiries from the family.

Golden finished his junior year of college at the University of Miami. According to a GoFundMe page, "Connor continues to demonstrate his physical and mental resilience on his path to recovery. Under the care of his prosthetist in Miami, he has made good strides over the past year. This summer, he is working as a canoe guide at a camp near the boundary waters in northern Minnesota. This job will require him to help lift a canoe and portage it across land in order to access different lakes. We are hopeful that he will continue to recover functionality over the summer and are anxious to see the day when he can resume snow skiing, windsurfing, and rock climbing, activities he enjoyed before his amputation."

There is up to a $40,000 reward for information. Anyone with information regarding this incident is asked to call the NYPD's Crime Stoppers Hotline at 1-800-577-TIPS (8477) or for Spanish, 1-888-57-PISTA (74782). All callers to Crime Stoppers remain anonymous. The public can also submit tips by logging onto the Crime Stoppers website at WWW.NYPDCRIMESTOPPERS.COM or by texting their tips to 274637 (CRIMES) then enter TIP577. All calls are strictly confidential.