Police are looking for suspects in two different sexual assaults in Queens.

The first occurred on Monday, June 2, at 11:30 a.m. in Astoria. Police say that a 53-year-old woman entered her apartment's elevator when a man punched and choked her. Then he attempted to sexually assault her before fleeing.

The victim was treated at a hospital and later released.

The second incident was in Forest Hills on Tuesday at 6:55 p.m.

A man followed a 47-year-old woman into her apartment building located at Queens Boulevard and 76th Road. He grabbed her from behind and sexually abused her. 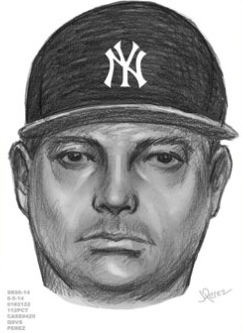 The suspect threw her to the ground and fled. The victim was treated at a hospital for minor injuries to her right arm and knee.

Police released a sketch (left) of the suspect.

Anyone with information in regards to these incidents is asked to call the NYPD's Crime Stoppers Hotline at 800-577-TIPS.

The public can also submit their tips by logging onto the Crime Stoppers Website at WWW.NYPDCRIMESTOPPERS.COM or texting their tips to 274637(CRIMES) then enter TIP577.

#astoria
#crime
#forest hills
#queens
#sexual assault
Do you know the scoop? Comment below or Send us a Tip