The police are looking for three suspects who allegedly stole a smartphone from a subway rider late last year.

According to the NYPD, on December 22, 2014, at 9:55 a.m., a 33-year-old man got onto a Manhattan-bound J train at 85 Street Forest Parkway Subway Station: "As the train came to a stop, suspect #1 snatched the victim's Samsung Galaxy Note 4 phone from his hand and ran. Suspects #1, #2, and #3 ran from the train. The victim chased the suspects, grabbed suspect #1 and suspect #1 punched him twice in the face." The suspects ran off and the victim refused medical attention. 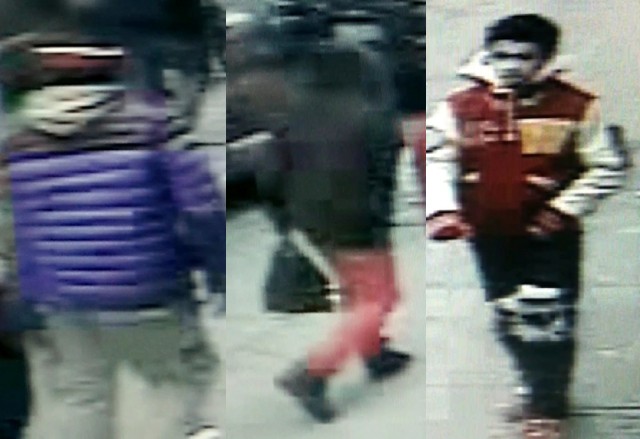 #assault
#crime
#samsung galaxy note 4
#smartphone
#subway
Do you know the scoop? Comment below or Send us a Tip