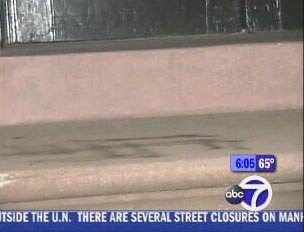 Yesterday, Police Comissioner Ray Kelly visited the synagogues and other buildings to denounce the numerous swastikas and other anti-Semitic messages found covering the Brooklyn Heights last week. And on Saturday, swastikas were found painted outside a synagogue in Bensonhurst.

The Sun reports that apparently a Holocaust survivor found swastikas outside a Bensonhurst synagogue; Rabbi Baruch Krupnik said, "He's really shaken. We can't tell you that it's unexpected after the Brooklyn Heights incident." So far, Kelly said the police have no leads, even after reviewing surveillance footage. The NYPD does believe that one person is behind the vandalism in Brooklyn Heights and that it is not connected to other incidents, such as swastikas found on a Williamsburg yeshiva's bus.

Kelly said, “New York City is the most diverse and the most tolerant city in the world, but one thing we won’t tolerate is this type of vengeful behavior. We are going to continue to devote appropriate resources to make certain that we bring this investigation to a successful conclusion.”

Kelly was accompanied by Israeli foreign minister Tzipi Livni, who thanked the NYPD for its quick response. There is a $10,000 reward, from a number of groups including the Anti-Defamation League, for information about the vandalism. Here's information on the NYPD's Hate Crime Unit.