NYPD: Man Was Forced Into Car Outside Of Pianos On LES, Then Drugged And Robbed

A man was forced into a car outside of the popular Lower East Side bar and venue Pianos, and then drugged before being robbed. Now the police are hoping the public can help them identify a person of interest in the incident. 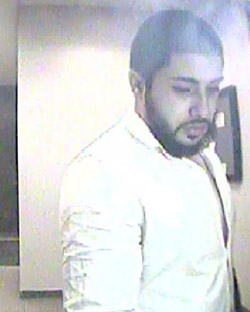 The ordeal began around 2 a.m. on June 22, according to the NYPD, when three people approached a 27-year-old man outside Pianos, at 158 Ludlow Street. One person "ordered the victim to get into their vehicle, and after obeying, was ordered to ingest an unknown substance. The individuals brought the victim to Banco Popular, located at 1170 Castle Hill Avenue, and demanded that the victim remove money," police say.

After giving them $260 cash, the victim handed over his debit card, iPhone, and Longines watch and was dropped off near Bruckner Boulevard and East Tremont Avenue.

Police released an image of the person of interest, who is described as being male, 25-35 years old with a black mustache and beard.