NYPD: Help Us Catch These Thieves Pretending To Be Police

Police are asking for the public's help in identifying a duo that impersonated police officers, pulled people over, and robbed them.

Cops say that on September 8th and September 9th, two men driving a white cargo van pulled over motorists in the Bronx and Queens on four separate occasions. After telling the drivers they were police officers, the men sprayed the drivers with an unknown substance and stole cash and credit cards from their victims.

According to the NYPD, during the first robbery, which occurred on East 135th Street in the Bronx at 12:45 a.m. on September 8th , the men managed to steal their victim's wallet, which had $300 and credit cards in it. The pair pulled over another driver at 10:30 p.m. that same night on 27th Street in Queens, but didn't manage to steal any belongings. One hour later they pulled over another Queens driver on Crescent Street and stole his wallet, which had credit cards and $20 in it. The robbery spree ended when the men pulled over one last driver in Queens, on 35th Avenue and 29th Street at 12:45 a.m., and stole $45 from his pocket. 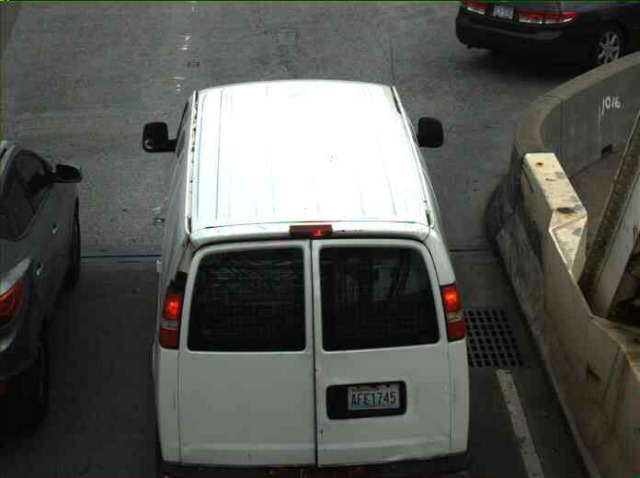