NYPD Had Been "Hunting" Alleged Cop Killer For Over A Month

Speaking to the press on Wednesday afternoon, the NYPD's Chief of Manhattan Detectives William Aubry delved into the long criminal history of 30-year-old Tyrone Howard, the suspect arrested and hospitalized after allegedly fatally shooting NYPD Officer Randolph Holder in the forehead around 9:00 p.m. on Tuesday. 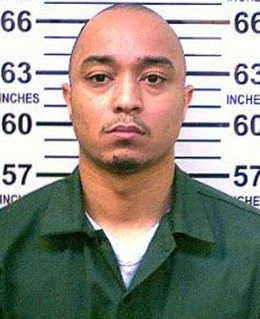 In addition to being the primary suspect in Holder's shooting, Howard is also a suspect in the drug-related shooting of a 28-year-old man in the East River Houses on September 1st. In that case, the victim was wounded in the arm and stomach.

The most recent attempt to apprehend Howard was on October 16th. "We were hunting him," O'Neill said.

The News reports that Howard's arrest history includes assault, robbery, criminal trespass, public lewdness and conspiracy in addition to narcotics charges. He was imprisoned in 2007 and 2013 on drug related charges.

An NYPD spokeswoman today confirmed that Howard was also arrested in August 2009, along with another suspect, for their alleged involvement in the shooting of an 11-year-old girl in the leg that June. During that shooting incident, a 78-year-old woman was grazed in the buttock with a bullet.

Stressing the ongoing nature of the investigation, this afternoon Aubry broke down a preliminary account of Tuesday night's fatal shooting. Around 8:30 last night, two housing police officers on the roof of 420 East 102nd Street on the FDR Drive saw individuals firing guns on the street below (the NYPD has since recovered three guns from the scene). According to Aubry, Howard was involved in this shooting, and fled towards the nearby FDR promenade.

Running north, he allegedly stopped and robbed a bystander of his bicycle at gunpoint, near the corner of East 106th Street. Officers observed Howard biking north, and called in a radio transmission for backup, summoning Officer Holder and his partner, Officer Omar Wallace, of the Housing Bureau Anti-Crime Unit. The two plainclothes officers were at the 120th Street walkway adjacent to the FDR promenade when they received the call.

According to Aubry's preliminary account of the shooting, Officer Wallace fired shots at Howard, striking him in the leg, only after Howard had shot Officer Holder, and was "proceeding towards" Wallace:

They [Holder and Wallace] are on the ramp heading towards the promenade, when Tyrone approaches them on the bicycle. When he approaches them on the bicycle, he puts the bike down, he pulls out his weapon, and he fires one time striking the officer in the front of the head. Police Officer Wallace is now next to Officer Holder, and the individual Tyrone continues to proceed towards Officer Wallace. Wallace proceeds to discharge his firearm, and that's when Tyrone proceeds northbound on the promenade. 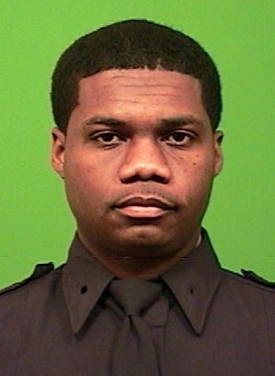 Howard was also arrested last fall, along with 18 other members of an alleged group of drug dealers that dealt in the East River Houses. In lieu of a Rikers sentence, Howard was enrolled in a drug diversion program which, according to the NY Times, aims to keep drug dealers out of crowded prisons.

"If ever there's a candidate not to be diverted it would be this guy," Bratton told reporters this afternoon, adding, "He's a poster boy for not being diverted... he has shown no propensity for changing his ways, and his whole life has been about an escalation of crime."

Mayor de Blasio stressed that he agrees with Bratton when it comes to keeping so-called "violent criminals" behind bars.

"While it's absolutely appropriate to address the mass incarceration that's pervaded this nation for decades, when it comes to truly hardened, violent criminals it's appropriate that they be in prison," he said.

Officer Holder, an immigrant from Guyana, was the fourth NYPD officer to be killed in the line of duty in the last 11 months, after Officers Rafael Ramos and Wenjian Liu last December, and Officer Brian Moore in May.

"The reality is in the world that we live in it will happen again," Bratton said of the civilian-on-officer shooting, adding that this is the highest concentration of consecutive officer deaths that he's dealt with in his career.

Charges against Howard are pending. He is scheduled to stand in lineups on Wednesday for both the bike theft and the Tuesday night shooting at the East River Houses.

#east harlem
#gun violence
#nypd
#police fatality
#randolph holder
#original
Do you know the scoop? Comment below or Send us a Tip