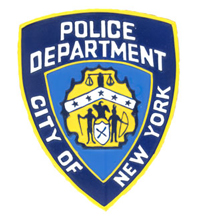 The New York Times reports that the NYPD may be easing up on disciplining officers accused of substantiated accounts of misconduct. During the four months between March 1 and June 30, the department declined to seek internal departmental trials against 31 officers. The Times compares this to the five-year period between between 2002 and 2006, when the department only declined such trials against 49 officers. Most of the 31 officers were found by the Civilian Complaint Review Board to have improperly stopped and detained people on the street without probable cause or reasonable suspicion. The Times gives an example of one of the contested cases against officers:

An example of how the review board and the police can differ can be seen in their views of a recent case in Brooklyn, in which two female employees locked themselves in a Laundromat, dialed 911 and reported seeing a menacing looking man outside. There had been a number of robberies in the neighborhood. When police officers arrived, a passer-by pointed out where the man had run off to; the officers found him and patted him down. The man, who was homeless, was released.

The board said the officers went beyond the level of intrusion necessary, but the department declined to prosecute, arguing that what they did was good police work.

Department officials claim that the CCRB either don't understand the law or are not applying common sense standards to police procedures. The review board's spokesman pointed out that nine of the 12 board members were lawyers and that it was untrue that their understanding of the law was mistaken. Some are worried that the recent increase in cases not referred to a disciplinary trial indicates a laxness within the department in dealing with misconduct.