Stop the squawking: Cuca, a beloved parrot that was stolen from a 67-year-old Bronx woman and then sold by a criminal, has been found! The NYPD Tweeted some photographs as well as, "The Bird is the Word! Congrats 2 NYPDetectives who helped in the recovery. (They can't talk but we hear Cuca can.)" 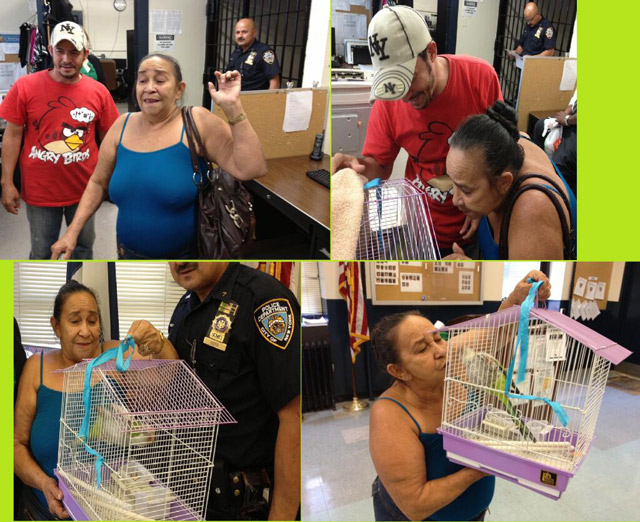 The police had put out an APB—all parrot bulletin—about the feather-ruffling callous crime: The armed suspect, Darryyl Walker, admitted to following the woman to her floor in a Bronx apartment building and grabbing her birdcage with Cuca in it. But he said he sold the pet, so the cops distributed an image of what Cuca basically looked like, asking, "Anyone with information in regards to the whereabouts of the parrot is asked to call the NYPD's Crime Stoppers Hotline at 800-577-TIPS. "

The bird and his owner had a happy reunion. Walker was charged with robbery, grand larceny, menacing and criminal possession of a weapon.