A police officer who works at One Police Plaza and his brothers are accused of plotting to smuggle high-powered assault weapons out of the U.S. and sell them in the Philippines. NYPD officer Rex-Gene Maralit was charged with conspiracy to violate the Arms Export Control Act, as were his brothers Wilfredo Maralit, who is a U.S. Customs officer in L.A., and Ariel Maralit, who lives in the Philippines.

The alleged plan was to buy weapons via online weapons sites in the U.S., disassemble them and then ship them overseas to Ariel Maralit. According to the federal complaint, they didn't have export licenses or federal firearms licenses—and they used their position in law enforcement to buy the weapons at a discount. From the U.S. Attorney's news release:

For example, in an email dated June 21, 2012, REX MARALIT asked a U.S.-based gun dealer whether the dealer had a Special Operations Combat Assault Rifle (“SCAR”) in stock. Upon learning that the dealer had such a weapon available, REX MARALIT requested that the dealer hold the high-powered assault rifle until the following Monday, adding, “One other question do you give discounts to LEO, I am an active PO with the NYPD, please advise.” “LEO” is a common abbreviation for “Law Enforcement Officer,” and “PO” refers to “Police Officer.”

The powerful and dangerous firearms that the defendants illegally exported and sold include the Barrett M82A1 .50 caliber semi-automatic rifle, the SCAR, and the FN Herstal 5.7mm semi-automatic pistol. For example, the Barrett M82A1 .50 caliber semi-automatic rifle is a long-range, weapon capable of penetrating body armor, exterior walls of buildings, and even aircraft. The Barrett rifle is favored by specialized military forces due to its extraordinary power and range. The SCAR is a military rifle designed in 2004 at the request of the United States Special Operations Command for a new family of assault rifles to be used by U.S. Special Forces. The FN Herstal 5.7mm semi-automatic pistol is a high-capacity, battlefield weapon capable of firing a projectile that can penetrate body armor.

U.S. Attorney Loretta Lynch said, "As alleged, rather than upholding and enforcing the law as they had sworn to do, these defendants made international gunrunning a family business. The brothers used their knowledge of the law to circumvent it, and sent dangerous weapons overseas without regard for the ultimate destination or targets. Criminal conduct by police officers, federal agents, and their confederates cannot be tolerated and will be met with the full force of the law." 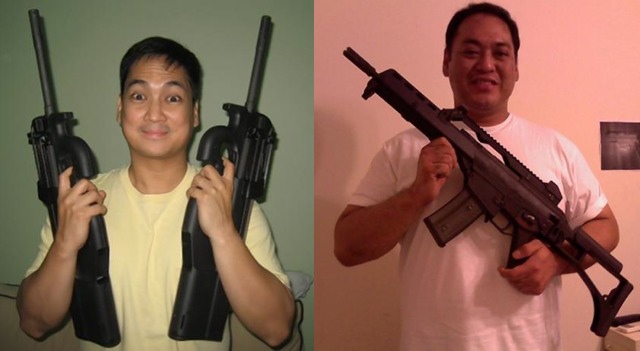 Police Commissioner Ray Kelly added, "The vast majority of police officers do outstanding work to protect New York City and a case like this is disheartening to the entire department. The experienced personnel assigned to our Internal Affairs Bureau engaged in an in-depth investigation and worked closely with all of the outside agencies involved."