Police are hoping the public can help them identify five suspects who are accused of attacking a woman who had been jogging in Central Park earlier this week. 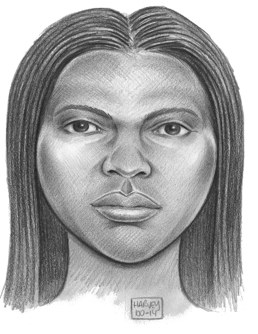 According to the NYPD, just after midnight on Monday, August 18, inside Central Park near 60th Street and West Drive, a 36-year-old woman told cops that she was "assaulted while exiting the park."

Police say that the victim told them that she "had been jogging in the park and upon leaving, she was struck by a pellet in the back of her head, causing a minor laceration and pain. She further stated that she observed three male blacks and two female blacks laughing and making anti-white statements towards the victim. The suspects then fled further into the park." The victim was taken to Roosevelt Hospital for treatment and released.

The NYPD Hate Crime Task Force is investigating the incident. Police say three suspects are males, approximately 15-20 years old who were last seen wearing dark clothes, while two female suspects are described as being 15-20 years old, also last seen wearing dark clothing. The NYPD released video of three of the suspects leaving the scene and a sketch of a female suspect who yelled at the victim.

Anyone with information in regards to this incident is asked to call Crime Stoppers at 1-800-577-TIPS (8477). The public can also submit their tips by logging onto the Crime Stoppers website at WWW.NYPDCRIMESTOPPERS.COM or by texting their tips to 274637 (CRIMES) then enter TIP577.

#anti-white statements
#central park
#crime
#hate crime
Do you know the scoop? Comment below or Send us a Tip