With the midterm elections just three weeks away, lots of money is still pouring into congressional races. But some Democrats are focusing on a different strategy that could have more of a long-term impact: Giving money to local races that have the potential to flip state legislatures from red to blue.

"In my time as a state legislator, I spent a lot of time trying to get people excited about state government," said Daniel Squadron, a former New York State Senator who represented parts of lower Manhattan and Brooklyn. "You can imagine how well that went."

It went something like this: Squadron was first elected in 2008, on the eve of his 29th birthday, making him the youngest member of the State Senate. Then, in the summer of 2017, after a nearly decade-long stint in Albany, he abruptly quit in frustration. He talked about his disillusionment with the status quo in an op-ed for the Daily News. But he never lost faith in the idea that state legislatures are where voters can, most reliably and most affordably, make demands of their representatives.

So Squadron founded the Future Now Fund with entrepreneur Adam Pritzker and economist Jeffrey Sachs. It provides support and funding for progressive candidates running for state legislatures around the country. 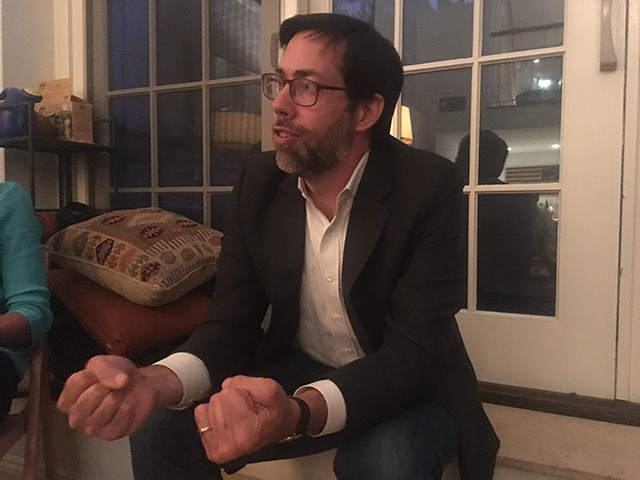 Races for state-wide or federal seats can cost millions of dollars. Compare that to around $100,000-200,000 needed for state legislative races. That’s why, Squadron says, small-dollar donations have more bang for the buck—especially if your state legislature is within spitting distance of flipping the majority from one party to the other.

Future Now Fund has identified five states as reasonably "flippable" this year, based on campaign finance laws in each state and the number of seats Democrats need to gain the majority. As for the money, Future Now Fund raises it through Giving Circles—fundraising groups made up of regular people raising money through their social networks. Future Now Fund encourages group members to be involved in choosing where to send their money and which candidates to support.

The members of one group in Manhattan call themselves the Downtown Nasty Women's Giving Circle. They're mostly women, connected through their kids' schools or neighborhood groups, who found each other in the aftermath of the November 2016 presidential election. They've been marching and organizing ever since.

"The Giving Circle is really special because it's not just writing a check. You're engaged in the process," said Molly Sellner at a recent group meeting in her home in Chelsea. Sellner is an immigration lawyer by day, and a steering committee member of the Downtown Nasty Women's Giving Circle by night.

"But it's also social. It's fun!" Sellner said, gesturing to the twenty or so people occupying every couch, chair, and square of carpet in her living room. Many were drinking wine or helping themselves to fruits and vegetables on the coffee table. A dwindling pile of prosciutto slowly revealed the design of the tray underneath, bearing the likeness of President Obama's birth certificate. 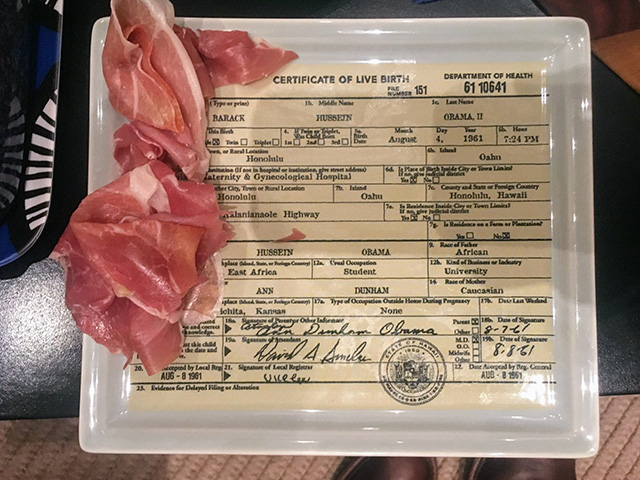 Daniel Squadron was perched on a step at one end of the living room. Earlier in the summer, this group took a vote and chose Michigan as their state. Squadron showed up in August to discuss the next step: which candidates the Giving Circle should support.

"I can report that along with the other giving circles that have committed to Michigan, we are one of the largest funders of statehouse activity in the state of Michigan, full stop," said Squadron to the group. "Which is pretty, pretty amazing."

Money aside, zeroing in on state-level seats is a pretty smart strategy. State legislatures are where the real down-in-the-trenches, hand-to-hand combat of political warfare takes place.

Right now, there are 26 states where the governor and legislature are controlled by Republicans—compared to eight controlled by Democrats, including New Jersey. The rest have divided governments.

The party that's in the majority in a state gets the final say on important decisions like drawing district lines. If you've ever looked at your district on a map, you may have noticed it's almost never shaped like a neat rectangle. Squiggly borders are often drawn specifically and nefariously to give one party the advantage—that's known as gerrymandering.

Michigan is one of the most gerrymandered states in the country. It's about evenly divided between Democratic and Republican voters, but Republicans control the governor's mansion and both chambers of the state legislature. Democrats need to gain nine seats to be in the majority in the house.

Katie Fahey of Grand Rapids, Michigan, is an organizer who made it her mission to call attention to gerrymandering in her state. She says gerrymandering makes it difficult for Michiganders to hold their politicians accountable for things like the state's emergency manager law, which led to the water crisis in Flint.

"The people of Michigan actually voted to repeal that, and then right after the last redistricting cycle, our newly gerrymandered legislators reinstated it," said Fahey.

After the 2016 election, she started a grassroots advocacy group called "Voters Not Politicians" and collected over 425,000 signatures to get a proposal on November's ballot to change the way the state draws district lines. The lines get redrawn once a decade, after the census.

"If people of Michigan vote yes on that, we will be having an independent citizen's redistricting commission draw the lines instead of the politicians getting to pick and choose who they want their voters to be," Fahey told WNYC. 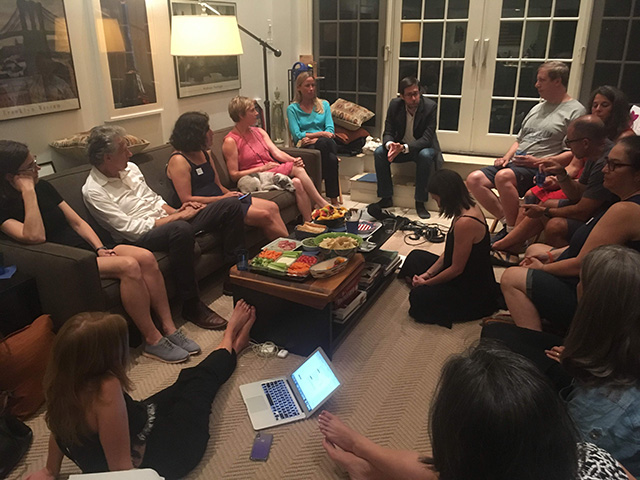 Most of the members of the Downtown Nasty Women's Giving Circle didn't know about Michigan's gerrymandering problems when they targeted the state. Many of them had no experience in politics or organizing or even fundraising before they joined the group.

Kim Beck, who lives in NoHo, says she wasn't very politically active until the 2016 election. Since then, she's become a member of this Giving Circle's steering committee and got elected to the Manhattan County Committee. She says asking her friends and acquaintances for money was a new exercise for her, but she felt compelled to push through the discomfort.

"It's still shocking to me that 52 percent of white women voted for Trump," said Beck. "And maybe we feel some sort of obligation that even if we didn't vote for him, you know, our demographic is partly responsible for him being in office."

In Michigan, Mari Manoogian is one of the young, progressive candidates benefiting from that guilt. She's 26 years old, a first-time politico running for office in a district about 20 miles northwest of Detroit. She's received $10,000 from the Giving Circles, which she described as a "pretty sizable amount" for a campaign of her size.

"It essentially helps us afford to hire a field director," Manoogian told WNYC.

She says the thought of a group of people in New York fundraising for her and other Michigan candidates is pretty humbling.

"What it really signals to me...is that a lot of the really big, important battles for how we live our day-to-day lives as Americans are going to be fought in the state legislatures."

For members of the Manhattan Giving Circle, the next meeting spot is Michigan, where some group members will be volunteering on the ground before November 6.

#daniel squadron
#future fund
#giving circles
#michigan
Do you know the scoop? Comment below or Send us a Tip