Why leave all the disaster scenarios to Hollywood or non-fiction TV programming (like the scary East Coast Tsunami program on the History Channel)? New York City, along with the Rockefeller Foundation and Architecture for Humanity New York has created a design competition for "Post-Disaster Provisional Housing."

According to the What If NYC website, the Big Apple is considered among the top three cities in the United States vulnerable to the destructive effects of storm surge from a hurricane. So it's natural for city ask various designers to develop temporary housing for a (fictional) neighborhood called "Prospect Shore" - which has with 115,000 residents (who speak 21 languages), a mile of coastline, an elevated highway, two subway lines and much more - after it's been hit by a storm.

The website for the project has lots of maps and hypothetical timelines detailing the kind of damage there would be. Here are a few maps: 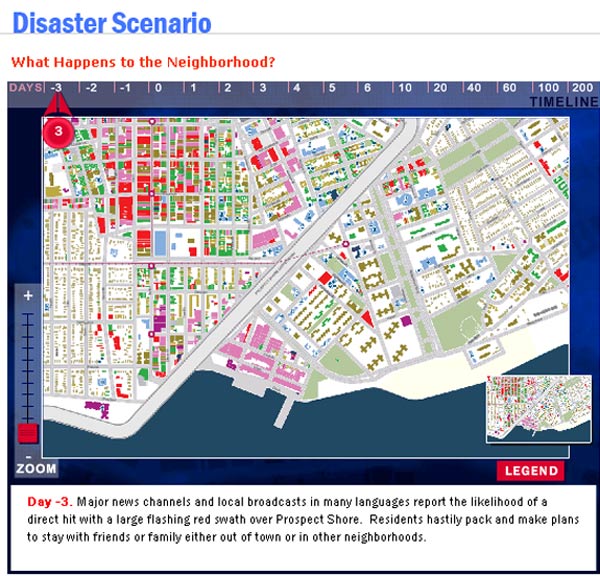 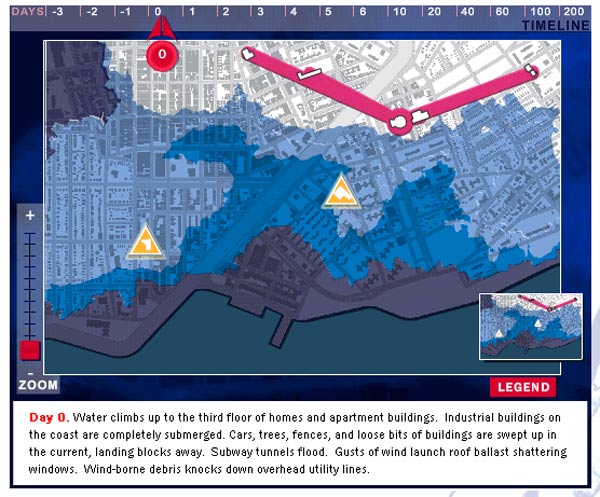 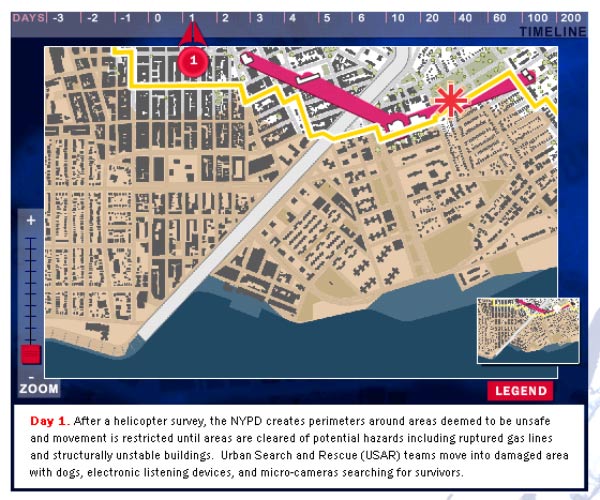 Registration for the competition opens on October 15, submissions begin in November and the competition closes in December. Ten winning and ten honorable mention designs will be announced in January 2008. The judges are NYC's Commissioner David Burney of the Department of Design and Construction that includes Enrique Norten of TEN Arquitectos, OEM Commissioner Joseph Bruno, Paul Freitag of Jonathan Rose Companies, LLC, artist Mary Miss, engineer Guy Nordenson of Guy Nordenson and Associates, and Richard Plunz of the Columbia University Graduate School of Architecture, Planning and Preservation.

It's unclear whether the designs will be incorporated into the city's emergency plans; the Mayor said, "We don't have any idea what kinds of solutions will be submitted. There isn't an easy answer. I don't think anybody has tried to address this before." And we thought this graphic about how trailer housing would not really help (if usual means of city housing were wiped out) was interesting. 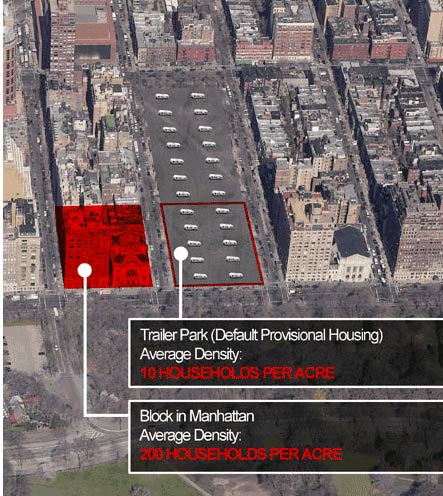