NYC's Top 0.1 Percent Makes Four Times The Income Of The Bottom Half Of Earners

New York's richest have gotten richer since 2006 as its poor have gotten poorer, according to a study published Wednesday by the city's Independent Budget Office.

Drawing from annual samples of 770,700 income tax returns, the agency analyzed New York City residents' earnings for each year from 2006 to 2014, extrapolating to the total tax-paying population of 4 million, and adjusting for inflation so that each year's figures are directly comparable.

"We all know that the city is very unequal," said Debipriya Chatterjee, the IBO economist who analyzed the figures. "What I did not anticipate seeing in the data is that the share of the bottom 50 percent has actually fallen."

In 2009, as the full force of the economic crisis was making itself felt, the share of the plutocrats in the top 0.1 percent declined, to $50.6 billion or about 20 percent of all city income, but most everyone else's earnings dropped from 2006 levels, too, the exception being the 51-90 percent earners. They gained $2.4 billion between 2006 and 2009.

As income inequality widened over the eight years examined, this middle slice of earners made gains of about $9.7 billion, but their share of the overall pot was the same: about 29 percent. In 2014, these middle earners, about 1.5 million people, made $91.5 billion, only a quarter more than what the select few at the top 0.1 percent made. Meanwhile, within the bottom half of earners—about 1.8 million people—wages fell, with the median income for that group dropping from $14,153 in 2006 to $12,360 in 2014.

The total income reported in the city grew from 2008 to 2014, but as low-income earners lost ground and the middle-income-to-not-obscenely-rich stayed level, the ultra-wealthy raked in the difference.

"The way it plays out in the data is that it seems that the top half has gained, but when I zoom into the top 10 percent, it’s the top 1 percent that's gained," Chatterjee explained. "Then I zoom in further and it’s the top 0.1 percent."

For perspective, the median household income in New York City is $53,373, and the city's per capita income is $33,078, according to census data. (Consider that the next time you're complaining about the brand of coffee in the break room of your public relations firm.)

The IBO doesn't offer policy prescriptions, but Chatterjee noted that whatever becomes of the top 1 percent's incomes has huge ramifications for the city.

"At the very top, it's the top 0.1 percent who own 24 percent of the city’s income," she said. "They are responsible for around $2.7 billion, around a third of the city’s personal income tax revenue. That’s a striking disproportion." 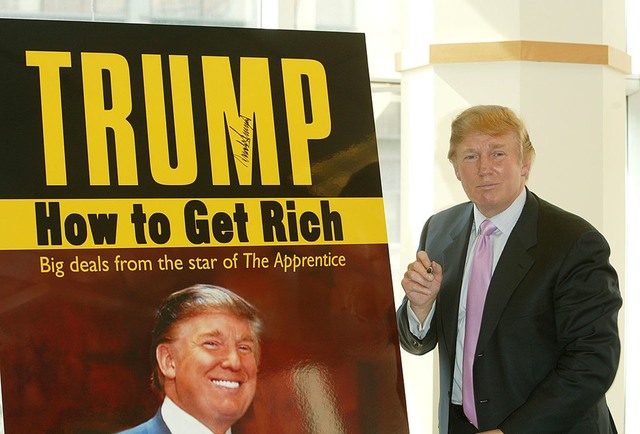 The rest of the top 1 percent, she added, earn about 41 percent of the city's total income and pay around 50 percent of its income tax revenue.

Fortunately for New York's working schlubs, our infrastructure and services are adequately funded and no oligarchs are hiding their taxable income overseas. Lol.

New York City isn't just economically stratified—it's geographically segregated by income as well. A recent study by the nonpartisan Urban Institute found that the New York City metro area (including Long Island and Westchester County) is the most segregated by income in the country. Eugene, Oregon won honors as the most economically integrated metro area.

New York's economic segregation seemed also to dovetail with racial segregation—combining the two measures, the New York metro area ranked as the third most economically and racially segregated in the country.

Income inequality has broad-reaching implications. People in countries with high levels of economic stratification report a lower sense of wellbeing, higher rates of chronic stress, and other potential triggers for behavioral disorders. It is also associated with lower economic growth and decreased social mobility. Increasing income inequality in the U.S. has been linked to rising disparities in medical outcomes, as quality medical care is largely unavailable to low-income people, and Americans continue to get the least out of their healthcare system among residents of industrialized countries.

Wealthy people, meanwhile, are more likely to use drugs and alcohol than poor people, but less likely to be imprisoned for drug crimes.

In Washington, D.C., President Donald J. Trump told a group of CEOs earlier this month that he is in the process of "absolutely destroying these horrible regulations that have been placed on your heads." He singled out the Dodd-Frank Wall Street Reform and Consumer Protection Act, a set of financial regulations intended to prevent a repeat of the practices that led to the 2008 financial crisis.

"We are going to do a very major haircut on Dodd-Frank," Trump promised.