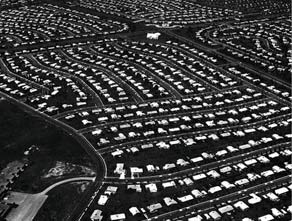 Thanks to the soft real estate market everywhere except our fair city, many New York City residents have been able to pick up and move out of the Big Apple for less expensive and literally greener pastures. The NY Times had an article yesterday about people who cash out of their NYC apartments and "get much more for their money outside the city."

The first example is a couple who sold their Upper West Side two-bedroom apartment for $899,000 within two hours of the first open house. They then bought a $690,000 three-bedroom home in Norwalk, Connecticut (no mortgage). An Upper East Side couple, expecting their second child, had been looking for a 1,400 square foot apartment in Manhattan but ended up buying a 5,000 square foot home for $1.665 million in Westchester, where "prices had dropped by about 10 percent in the last few months."

And then there's the Brooklyn couple who wanted to buy a loft in the borough couldn't find anything for $600,000 so they ended up moving into a loft in New Rochelle.

They estimate that the 30-minute Metro-North ride to Grand Central will take as long as the subway from Dumbo to Midtown on bad days.

They have no illusions that when they move in in February that suburban life won’t come with its frustrations, as anywhere else would. “I just see it as an answer without spending $1.5 million,” Mr. Ledein said.

We like how the Metro-North commute is justified as the equivalent of a "bad day" (which might even be most days!) subway commute. But let's face it, you move to the suburbs, you lose out on proximity and (relatively) easy access to other parts of the city.

Still, with the city's real estate prices booming, many people predict New York, especially Manhattan, will be exclusive to the rich. In a separate article about the future of NYC, Jim Cramer says that NYC will be "like a country place for the wealthy elite of the world": "If I’m a guy sitting on top of $200- or $300-a-barrel oil, how can I not own a borough? 'Hey, what borough do you own? I got this Queens borough. They even throw in a bridge.'"