The Joralemon Street Tube was first put to the test during the early morning rush on January 9th, 1908. The new subway route connected Bowling Green in lower Manhattan to Brooklyn Borough Hall — a 5-minute trip that cost 5 cents. But most crucially, it helped relieve a major commuting sore spot. Up until the tunnel opened, inter-borough commuters had to rely on a short shuttle train that ran across the Brooklyn Bridge. The back-and-forth shuttle was so crowded during rush hours, it earned the nickname “the Bridge crush.”

One day into the new era of commuting options, the New York Times declared the subway tunnel the quicker of the two routes after sending two reporters on a race from its Times Square office to Brooklyn and back. Another Times writer predicted: “[The new tunnel] means that dinner can be served on time, which is a condition not existing in Brooklyn now—if the wage earner is compelled to use the bridges during the rush hours.” 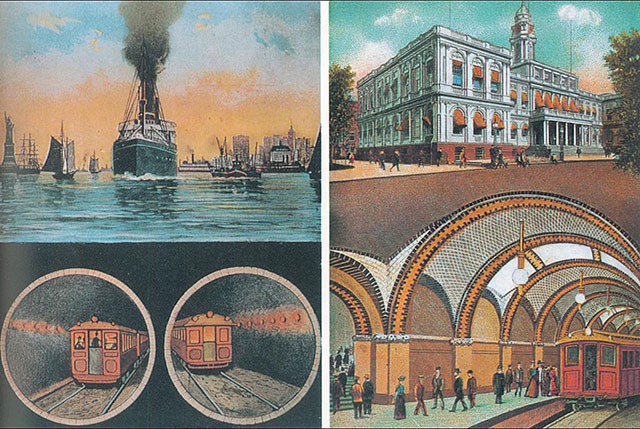 Fast forward to the year 2019, and New Yorkers aren’t so thrilled with their underground options. Commuters are collectively experiencing L train-shutdown-whiplash, with Governor Andrew Cuomo’s 11th-hour announcement to maybe not fully shut down the Canarsie Tunnel for over a year after all (and to blow up the MTA while we’re at it).

The 111-year-old Joralemon Street Tube is still in service today, carrying the 4/5 trains. And like the Canarsie Tunnel, which was built in 1924 and now carries the L train, the Joralemon Tunnel was also damaged by Sandy. The MTA closed the tunnel during certain weekends starting in 2016 and 2017 for $75 million of “Fix & Fortify” repair work.

Sure, now that we’re weighing the options of shutting the L train down entirely for 15 months or limiting service for an indefinite numbers of weekends and nights and maybe ingesting harmful silica dust on our Monday morning commutes, things don’t seem so great. But at the time these tunnels were first built, New York City was going through an infrastructure boom, building its greatest and longest-lasting projects that have come to define this city, like above- and below-ground subway systems, Penn Station and Grand Central Terminal, and the Manhattan and Williamsburg Bridges. And while those engineers expected them to last for a long time, it was impossible to say for sure how time would wear on these structures.

“These things were very experimental,” Jonathan English told WNYC. English is an infrastructure writer and policy consultant, working on his doctorate degree in urban planning at Columbia University

“There was no playbook when a lot of these projects were done, and to some extent these experiments cost people’s lives and a lot of time.” 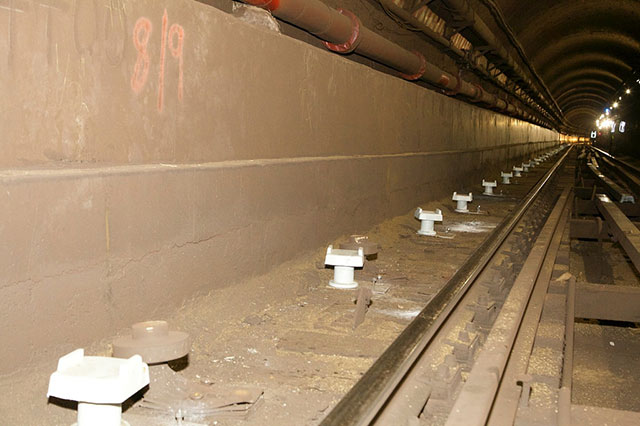 There was one particularly infamous incident, during the construction of the Joralemon Street tube. The innovative technology of the time had workers using a huge, circular metal shield that was roughly the size of the tunnel opening. The shield had doors in it that were left open, and workers would apply even pressure to the shield to push it forward, letting the soft river muck ooze through the door openings, which the workers would then have to shovel out. And so they’d push, inch by inch, from one side of the river to the other. The workspace was carefully pressurized, to keep the walls from collapsing. Then, one spring day in 1905, a worker accidentally broke through a soft spot.

“The pressure sent him through the soft spot in the ground, through the river, and then up 30 feet into the air...and then he came down and landed. And he survived!” said English.

Listen to Shumita Basu look back at the history of the Joralemon Street Tubes on WNYC. (Music courtesy of the WNYC Archive Collections):

The Canarsie tunnel, a.k.a. “the L train tunnel,” was built using a similar shield method about 15 years later. But English says there was a key difference: while the Joralemon Street Tube alleviated a commuting bottleneck, the L train tunnel was one of the least-busy in the whole system. There were even murmurs about whether the train service was necessary in the years after World War II. (That’s a far cry from where we are now, with L train service being called a vital connection between Manhattan and Brooklyn. English attributes that to what he calls a “lack of redundancies” in that area of the system; it’s not so simple to swap your L train commute with a G, J, M or Z train ride.)

For all the talk of our crumbling infrastructure today, English says it's important to note that New York's subway tunnels have proven themselves to be remarkably adaptable.

"The fact that they’re still running reasonably well 100 years or more after they were built shows that they’ve been able to be adapted to very different kinds of technologies and operating practices," said English.

Whether these tunnels will be able to adapt once again and make it through the next few decades is another question.