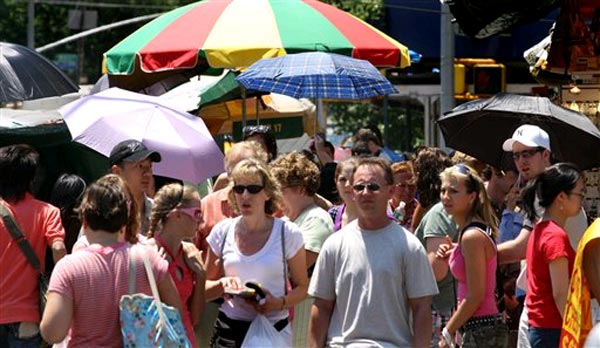 The heat is on all across the Eastern Seaboard, and temperatures in New York City reached 96 degrees in Central Park yesterday (just missing a record, though LaGuardia's 99 degrees did set a record)--and it felt like even more with its densely-packed buildings and people. There were scattered power outages: Outages for 1,400 customers were reported by Con Ed, 788 by Long Island Power Authority (which had thousands on Monday), and 75,700 by PSE&G in NJ's Essex County. And there was that special eau de NYC summer, too.

Some suburban schools dismissed children early and some are planning more early closing today (no such luck for NYC public schools kids). Yesterday, Con Ed asked the Upper East Side--residents between 77th and 111th Streets bounded by Fifth and the East River--to, per WNBC, "conserve power because problems with electrical cables there were causing an 8 percent voltage reduction." Four of 29 neighborhood feeder cables had failed. 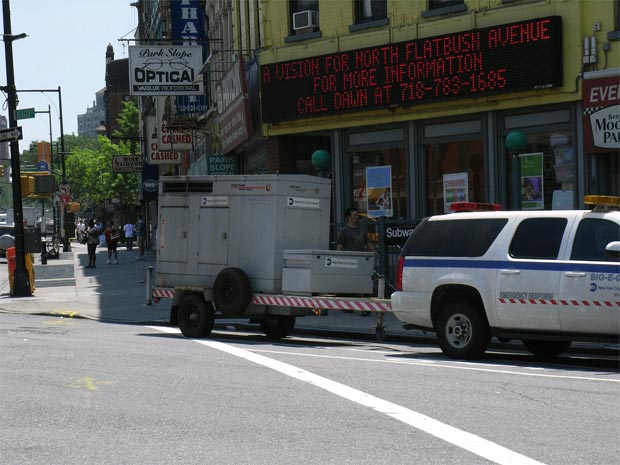 And then there were the delays along subway lines prompted by signal issues, not to mention the LIRR. Restaurants in Boerum Hill were also suffering yesterday, after Sunday's power outage (the Daily News saw a sign in the Boerum Hill Food Co.'s window: "Closed. No Power. We Love You Con Ed.").

Other anecdotes: A Post reporter details how he stayed cool from Grand Central Terminal to Central Park, by walking through buildings along the way. And the News reports that residents at Starrett City asked management to turn on the AC to no avail so they baked while management offices were cool from their AC.

As for today, temperatures will rise to 97 degrees. Tomorrow will be warm at 85 degrees but less humid.