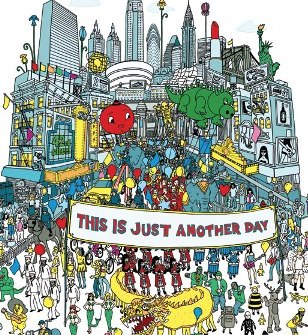 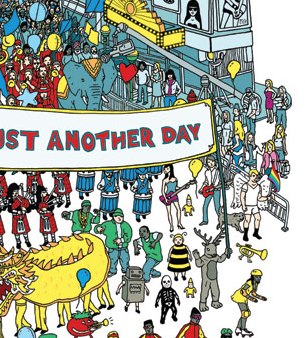 Last month, New York City kicked off a big global advertising campaign to attract more tourists to the Big Apple. The ads appear in a number of venues, and the Post notes that media space has been bought in Out magazine and on the LOGO network, as well as LGBT websites.

A Bloomberg administration official explains that gay and lesbians have more disposable income, as they are usually dual-income without kids, "What we're saying is, 'This is New York, and it's for everyone, whether you are a family or you're just here with your lover.'" And the main poster for the ad campaign, This is Just Another Day, totally reflect that - see the guy, dressed as angel, holding a gay pride flag? He's totally from the Gay Pride Parade!

And City Council Speaker Christine Quinn, who is openly gay, called it a "mistake" that the city hadn't specifically advertised to the LGBT community before, "Tourism is money, and that's a good thing so we're working right now with NYC & Company to fix that omission and come up with a good ...outreach plan, and we'd love for folks input and advice on that."