I’m going into my third year teaching. It feel like it’s my sixth. Every year you have a new principal, it’s like two lifetimes. My new principal seems really cool. Vibrant, straightforward. But again, starting the year with a change, it’s another challenge.

I’ve been getting job offers from other schools because they meet a black physics teacher and they are like, “Hello! Can you work here?” I say, “I already work somewhere.” If you’re math and science, you’re sought after and you can move from school to school, no problem. It’s a weird climate.

That idea of social justice brought me to teaching. Since I had a degree in the sciences, I had an edge. I knew I would be highly sought after, so why not enter a field where I can get job offers when I need them? No matter where I go in America I can get a job.

But I’ve never wanted to be a lifelong teacher. I never saw myself as a 35-year veteran teacher. I know how that happens, because as the kids come in, and the freshmen look at you, they say, “You’re going to leave? You’re not going to stay until we graduate?” You get caught up for years and years, and I can see that happening. But I never went into it to be a teacher for life. I want a higher degree, a doctoral degree in educational leadership. I’m looking into being a principal, administrator, superintendent. It’s about where going where the problems are.

I reflect a lot. There are a lot of students I have been able to work with and I hope, empower a little bit, as a role model. I really try to be on the student’s side. Which means sometimes I hear, “You’re mad lenient. I take advantage of you.” But I believe in youth empowerment. I don’t believe I have anything over kids in a classroom. And some students realize that.

I know it’s possible to have low expectations for kids. Last year, I put 40 kids up for the Regents in physics—none passed. I didn’t put a single kid up for Regents at the end of this year, because I believe none of them were ready. Last year I taught five preps. [Editor's note: A “prep” is a unique subject area class. Most teachers teach five sections of one or two preps.]

As a teacher, you are always going to feel pressure. But when you have five different classes to teach, your efficiency is really split. I couldn’t give this one class a certain amount of attention, so they ran amok. I’d spend half my first ten minutes telling them to be quiet, the next twenty minutes, I’d actually hook them, we’d discuss, and then we’d get to the work and they wouldn’t do the work at all. Not because it was hard, but because they thought they couldn’t do it. After a while, I started to blame them. I was like, “You are not taking this seriously.” As a person, it might be okay to say that, but as a teacher, it’s not. They don’t deserve to be told they can’t or they’re not doing something well enough. They are doing the best they can every day. I should have expected more and done more for them, but I didn’t.

You feel like you're useless. I take it as my burden. That was the biggest disappointment in my career—letting those kids down, letting myself down. I learned from it and I have to move on. 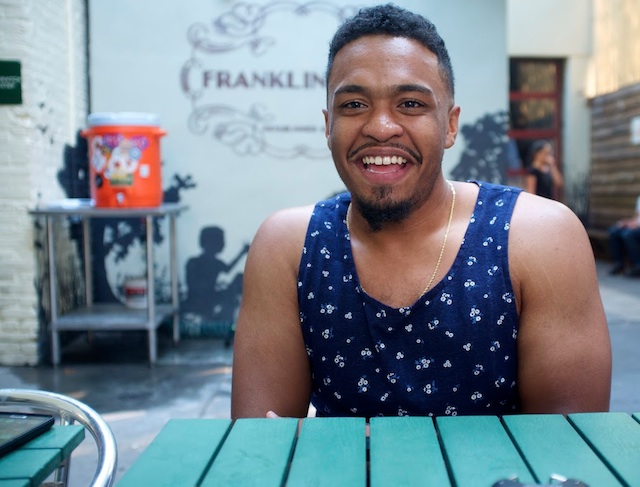 We have to examine that as teachers. Teach for America will throw people into a classroom and then, as soon as they get out, these teachers go to the ‘burbs. I’ve thought about going to the ‘burbs. You think, “Imagine if they all listened to me. Imagine!” We treat that as an inherent issue with black kids, but that’s not the case; it’s the inherent issue with urban public school systems that house the black kids and doesn’t care that they are deficient in many things. They are coming from deficient families, financially. They are emotionally deficient. And then, they are not expected to do anything after high school, so then school just ends.

Charter schools are just a new car. New cars drive better, they move faster. But they are just new cars. They will become old. Charter schools start with theory and bolster that with intensive practice. I’ve never been a teacher or a student at one. I do know that their students get to college. I do know that their teachers are not that unhappy. It seems like you have to have a certain environment for it to work.

Charter schools are supposed to solve public school problems. But how do you solve the problems of a system you are not in? You have these academies—they have uniforms, a majority of faculty and staff that left school five years ago. They get a lot of back-end funding. Now there’s tier one, of private school kids, white and international; tier two, of charter school kids, middle class black, Latino, Asian; and then you have the lower class public schools which get everything. New York City has really segregated schools.

I had this one student, he's at Framingham State now. He had high ambitions. But he was also a goofball. That year, he latched onto me as a mentor. I realized why I wanted to be a teacher—so I can grab, or be grabbed, to help kid one, kid two, kid three. That’s what I knew was going to keep me teaching every year, if I could just get one student on board with the conversation about, “Do you know how far you can get?”

He was a varsity basketball player so he was popular. I had him in AP Physics with kids who weren’t as popular. But there was one kid, who was on the opposite end of that spectrum, and they actually ended up being friends. I feel like I helped that because I said, “In this classroom, we all have the same struggles. So why bother talking about how popular you are, how cool you dress. This class will break that down and you will find that, when you go to college or the real world, the same thing will happen. No one cares about how you dress, how you look. They care what’s in your head and what comes out of your mouth.”

He gave me a call last night at midnight to say, “I’m thinking about changing my major.” He’s from my hometown, so I have this connection to his growth.

I teach for that reason—to be there whenever a kid needs me. I always say to them, “Let me know. Talk to me.” We have to tell kids not to be afraid of financial aid, not be afraid of loans, but to reach for the best schools.

As teachers, we are taught that, you get a kid for one year, that’s it. That’s not real. We have the opportunity to really get to know students and help them and work with their communities.