After spending nine months in New York City homeless shelters—bouncing among hotels in Queens and Manhattan—Jarvis Cureton and his wife Cabria Cummings wanted to find a stable home for themselves and their one-year old, Jakhai.

Their chance for stability came in the form of a program the city introduced last year, Special One Time Assistance. The city would pay a year of rent upfront to landlords willing to house homeless families in and outside the city. After introducing the program, the Department of Homeless Services began organizing van rides to show some of the 60,000 homeless New Yorkers apartments in places such as Waterbury, Connecticut, and Irvington, East Orange and Newark in New Jersey, where apartments are more affordable than in the city.

Cummings saw four apartments on her van ride to Newark. A three-bedroom apartment that was renting for $1,200 a month caught her eye, but she had some reservations and questions. But a housing specialist, she said, pressured her to act fast.

“They were just kind of like pushing us out,” she said. “'You found something. Okay, get out.' So, we were like okay. I guess it can't be that bad.”

Listen to Mirela Iverac's reporting on the SOTA program for WNYC:

When they moved in March, the landlord promised to make repairs. Nine months later, the bathroom sink is still leaking, and the electrical outlets are exposed. On a recent day, when the temperature dropped to the 30s, Cummings, her husband, and toddler were wearing jackets. Five electric heaters were turned on because there was no heat in the apartment.

“Now that we've been through all of this, it would have just been better to stay in the shelter and find something else,” Cummings said.. “Anything else.” 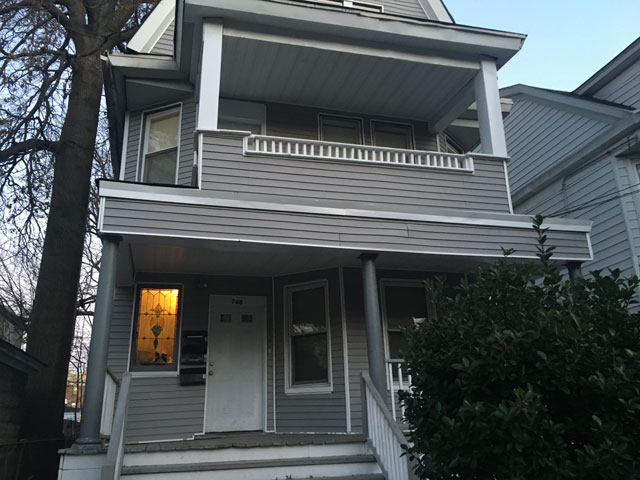 Cureton and Cummings' home in Newark, where the attic was also legally converted and rented to another SOTA recipient (Mirela Iverac / WNYC)

According to guidelines from the Department of Homeless Services, the staff members at homeless shelters are supposed to conduct walk-throughs of the apartments their clients are moving into, including in neighboring New Jersey and New York State counties. But WNYC found some families have ended up in substandard, uninhabitable and illegally converted apartments. The owner of the house Cummings lives in also illegally rented the attic to another SOTA recipient, according to documents from Newark’s Department of Engineering. After city inspectors saw it, they told the woman living there she couldn’t stay.

“These families started finding themselves in really lousy apartments with bad conditions and in some cases really worse off,” said Jose Ortiz, deputy director at Essex Newark Legal Services, where several SOTA families have turned for help.

Ortiz said these families’ position in disputes with landlords has been made more difficult by the fact the city had already paid 12 months of rent.

“That brings up a whole bunch of legal questions,” he said. “How can we enforce this this agreement if the rent was paid by the city of New York? How do we recoup that money?”

After WNYC brought Cummings’ and other cases to the attention of the city’s Department for Social Services, spokesman Isaac McGinn said they provide shelter staff with “clear standards and guidance regarding the reviews they must complete for our rehousing programs.

“We will investigate these cases to determine whether that guidance was followed or if landlords neglected their obligations,” he said.

Nicole Romero’s family faces similar problems. After spending three years in a shelter in New York, Romero, 28, was happy to move to East Orange with her partner, stepson Jefferey Jr., 7, and two sons, Samuel, 7, and Quincy, 4.

“They’re excited of being in their home for the first time,” she said, remembering how her kids felt when they moved in. “They’re running around, playing.” 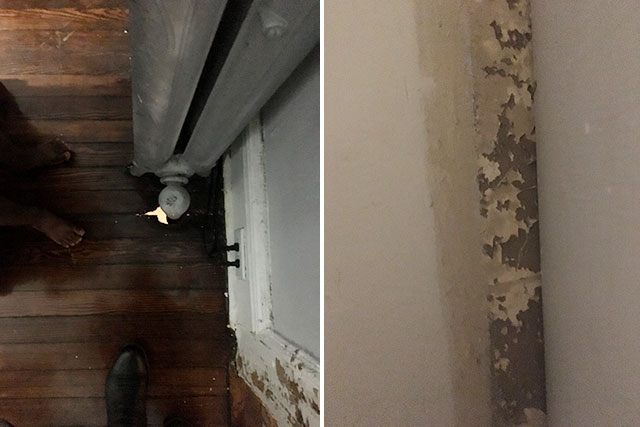 But she said that soon after things started to go wrong: water was leaking through the ceiling, paint was peeling, there was a hole in the floor around a radiator pipe.

She said the landlords didn’t respond to her complaints, so she called the city of East Orange. When inspectors came out in October, they found 12 code violations and said the apartment didn’t have a certificate of habitability, which every apartment in the city is supposed to have before tenants move in.

Romero’s landlords said she violated the lease by playing loud music, damaging the property, being disorderly and having a dog. The case is in court, and Romero said she wishes New York City hadn’t already paid nearly $17,000 to her landlords.

“When they give them a whole slab of rent for a year the landlord is pretty much: 'I have this. I can do whatever I want to you.'”

#department of homeless services
#homelessness
#nj
#real estate
#sota
#original
Do you know the scoop? Comment below or Send us a Tip