NYC Not Tops in E-Mail Addiction 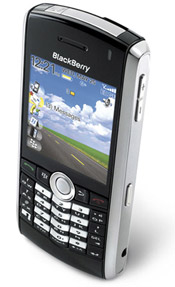 New York, we're disappointed. This fine city isn't number one - or even number two - in its addiction to e-mail. Actually, that's probably a good thing. A study by AOL found that New York is only the third most e-mail addicted city in the country, ranking below Washington D.C. and Atlanta. With the increased of e-mail capable phones like the BlackBerry, the iPhone, or even with people using their laptops at dinner, it's not surprising that the study found that 15% of Americans describe themselves as "addicted to email."

Here's what the study said about New Yorkers:

The number of New Yorkers who check their work e-mail over a typical weekend rose to more than 70% this year, while 24% of New Yorkers think they are addicted to e-mail -- the highest number of self-confessed addicts in any city included in the survey.

At least we're not in the closet about being e-mail addicts!

Some tips that AOL has for curbing time on your e-mail addiction include: organizing things into folders; use an away message to let people know that you'll be responding later (like when on vacation); follow the rule of three - if you're e-mailing back and forth more than three times on the same subject with someone, pick up the phone; don't over-reply with messages like "OK!" or "Thanks!" and if you want a reply, ask a question in the email.