An 80-year-old Queens resident has been arrested for a cold case double murder in Virginia dating back over forty years. Authorities in Virginia Beach say that DNA evidence linked Ernest Broadnax to the killings of two 19-year-old women, Lynn Seethaler and Janice Pietropola, who were found dead in a rented motel cottage.

The women, both from Pittsburgh, had been vacationing there for one week in the summer of 1973, and when they failed to check out on June 30th, a motel employee checked on their room, making a horrifying discovery. "Pietropola — an editorial assistant for a financial magazine — was raped, strangled and shot three times in the head. Seethaler — a secretary — was strangled, shot twice in the head and had her throat slashed with a broken wine bottle... Police said someone had removed a window screen and climbed into the room, according to the 1988 story. They were not sure if the attacker was inside waiting for the women to return or if he snuck in while they slept," the Virginian-Pilot reports.

Virginia police said cold case investigators used "advanced forensic technology" which led them to Broadnax. The NY Times reports, "A DNA evidence found at the crime scene was used last fall to match Mr. Broadnax’s profile in a national database, a Virginia Beach law enforcement official said. The official did not say what type of DNA was collected from the scene, and requested anonymity to discuss the pending case because doing so is illegal under Virginia law." 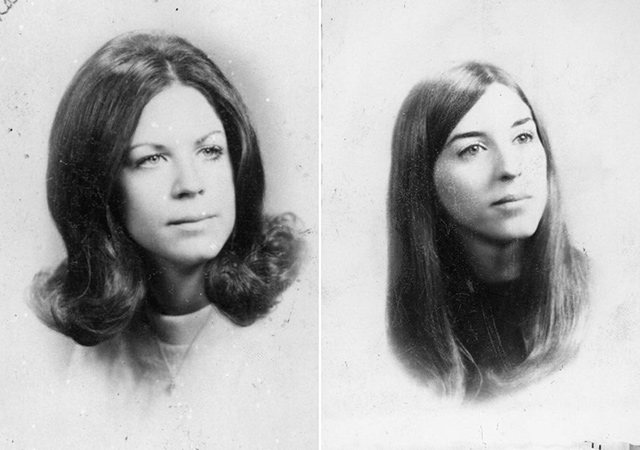 Broadnax, who has lived in NYC for the past 30 years, was arrested at his "Hollis apartment in an affordable housing facility for military veterans," according to the Daily News. Kevin Wallace, a neighbor, said that Broadnax was given a bottle of water and did not appear handcuffed when he was being escorted out, "They gave it to him, dressed him up, and he went quietly. He went very quietly. He knew he did it. They couldn’t find him, and all of the sudden they found him."

An unnamed neighbor expressed shock to the Post, "He told me he did something years ago, that he hurt somebody. But he didn’t say anything about killing two people. Damn!"

Broadnax's former stepdaughter Adedayo Peterson told the Times that "Broadnax had served in the Army and had been incarcerated in Virginia before he met her mother... The marriage, his second, was short-lived and soured after Mr. Broadnax became violent. He once whipped her mother with a belt and on another occasion pulled a gun on her brother."

Of the arrest for the double murder, Paterson said, "I didn’t expect nothing like that. But I wouldn’t put it past him." Broadnax also has previous arrests for assault and burglary.

In 2011, Virginia Beach authorities said that they believed Seethaler and Pietropola were victims of a serial killer, who killed eight other women with similar characteristics. The police said at the time, "It's been a focus, but there has never been anything to flesh it out, to bring it where there is any single factor that runs through all of the cases, except for the fact that they are young white females between the ages of 18 and 25."

A spokesperson for the Virginia Beach police said, "Our objective now is to be able to bring justice for the victims, and for their families to be able to have a sense of peace and closure."

Broadnax is being held in a NYC jail pending extradition.